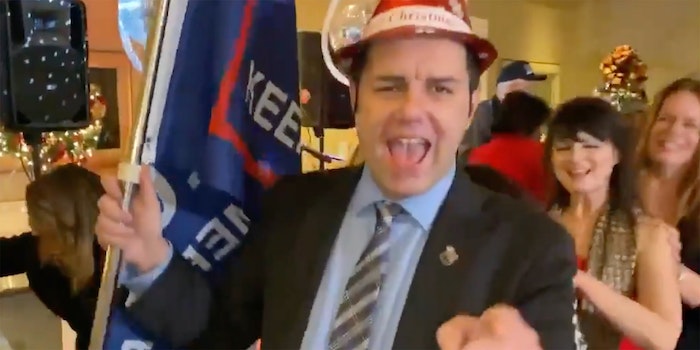 Indoor Christmas parties seem like a bad idea in the age of COVID-19, especially if revelers form a conga line to the Bee Gees’ “You Should Be Dancing” in the middle of the party. Now, a man who attended the Dec. 9 event—which went viral via Twitter 10 days ago—is hospitalized with COVID-19.