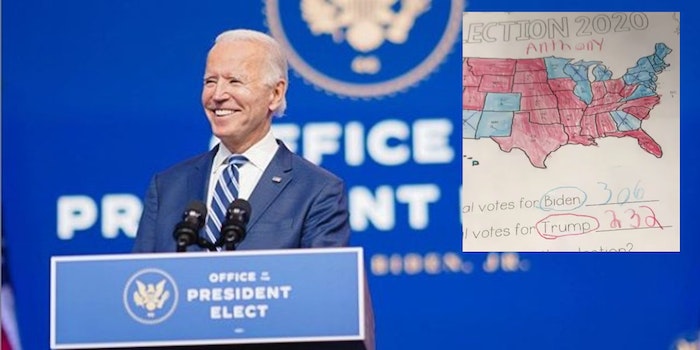 She's 'p*ssed' that the class was asked to calculate Joe Biden's electoral votes.

A woman has gone viral for a tirade about her son’s 3rd-grade teacher telling her kids to color in the 2020 Electoral College map results and calculate the electoral votes each presidential candidate received.