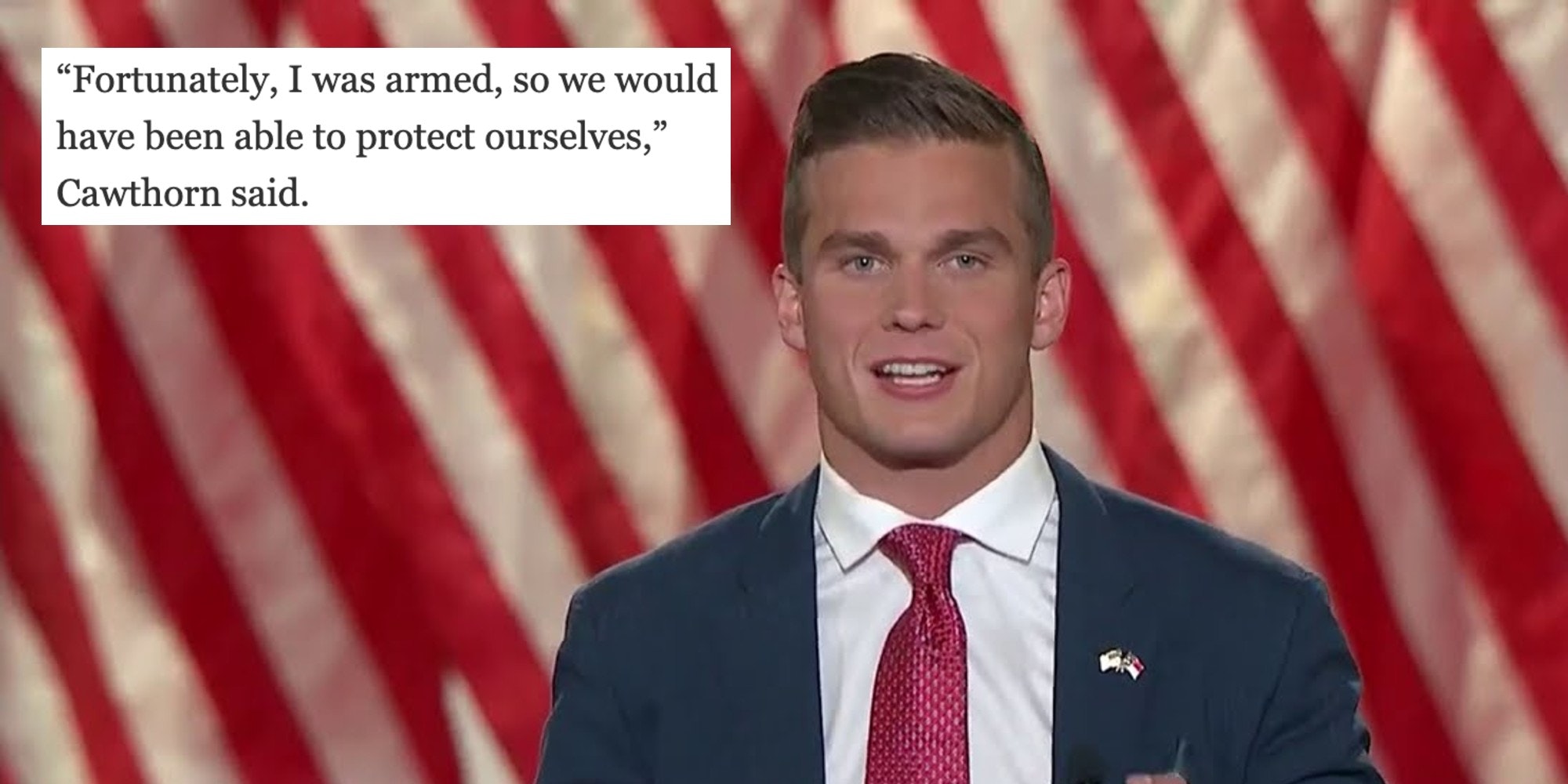 'Obviously having the wheelchair I'm able to carry multiple weapons at one time.'

Rep. Madison Cawthorn (R-N.C.) has stirred controversy online after admitting that he carried a firearm during the lockdown at the Capitol last week.