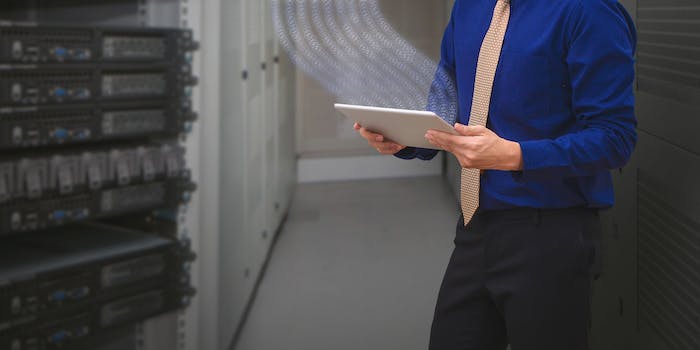 An Austin-based security firm has discovered yet another unsecured database online exposing the personal information of hundreds of thousands of American voters.

The publicly available database discovered by MacKeeper is said to contain more than 350,000 voter records. The multi-state database includes a host of personal information, such as home addresses, phone numbers, and dates of birth.

The voter records contained in the leaky database came from Montana, New Jersey, California, and Virginia, the company said.

MacKeeper said it was working to secure the voter files. Generally, the company’s researchers attempt to secure misconfigured databases prior to revealing their existence publicly. In this case, however, it wasn’t immediately clear who owned the database.

On Monday, the researchers said they were seeking help from the media and the security community at large in determining the identity of the database’s owner. The company has also reached out to Rackspace Cloud Servers, the company reportedly hosting the database.

“This is a massive amount of data that includes home addresses, phone numbers and sometimes much more personal information including their voter history,” Jeremiah Fowler, a MacKeeper security expert, told the Daily Dot.

“Elections in the United States are mostly held by secret ballot, and as divisive as the political environment is right now, it is clear to see that many people would want political privacy,” Fowler continued. “People are correct to feel vulnerable when everything around them is collecting data on them and even something as fundamental as voting becomes data that is publicly available online.”

MacKeeper says it is concerned about the fact that there’s no single uniform standard governing the way in which voter records are maintained. “As long as you have 50 different states using 50 different ways of managing, protecting, and storing that data, there will always be situations where data is leaked or breached,” said Fowler.

Earlier this year, MacKeeper unearthed a misconfigured database which had exposed roughly 154 million U.S. voter records—all of them, essentially. In a similar case this summer, the company revealed the existence of a publicly available database containing approximately 2.9 million voter records from the state of Louisiana.

MacKeeper was also credited this year with uncovering a database containing the personal information of about 93.4 million Mexican voters.