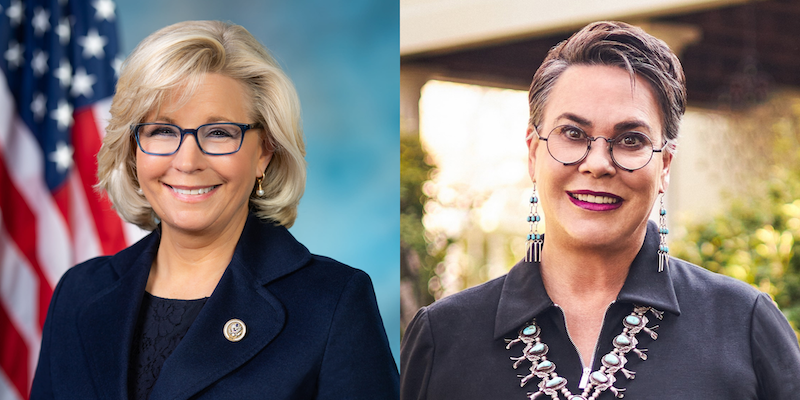 In a turn of events that would’ve seemed impossible in the last election cycle, Harriet Hageman overwhelmingly triumphed over Cheney in the Republican primary earlier this week.

Cheney’s defeat comes after she committed the cardinal sin of rebuking former President Donald Trump’s election fraud lies by voting to impeach him and participating in the congressional committee investigating the Capitol riot.

Hageman herself has a spotty record when it comes to supporting Trump. As the New York Times reported last year, Hageman took part in a failed effort to replace him at the top of the Republican ticket after he clinched the 2016 presidential nomination.

Since then, Hageman has made a remarkable turnabout into a passionate Trump supporter. Hageman the candidate is as Trumpy as they come.

She recently repeated a talking point popular with QAnon conspiracy theorists who are convinced that elite, Satanic liberal pedophiles run the world and Trump is or was fighting a secret war against them.

In an appearance on Steve Bannon’s show last week, Hageman said, “Joe Biden is the largest or the most destructive human trafficker in our history.”

Hageman was baselessly accusing Biden of being complicit in human trafficking related to border crossings.

QAnon followers are obsessed with human trafficking, a fixation that has led some to even travel to the United States-Mexico border to “rescue” migrants they believe to be child sex trafficking victims.

A clip of Hageman’s comment went viral. As of this writing, it has 2.7 million views.

“This is so unbelievably sad and frightening at the same time!” wrote one Twitter user. “Wyoming you done it now,” said another.

Multiple observers likened Hageman’s claim to conspiracy theories about pedophiles, such as the PizzaGate conspiracy that in part gave rise to QAnon.

The clip of Hageman on Bannon’s show inspired some to urge people to donate to her Democratic opponent, Lynnette Grey Bull.

Most people were simply horrified.

“What? This is who won? What is happening to this country?” wondered one.