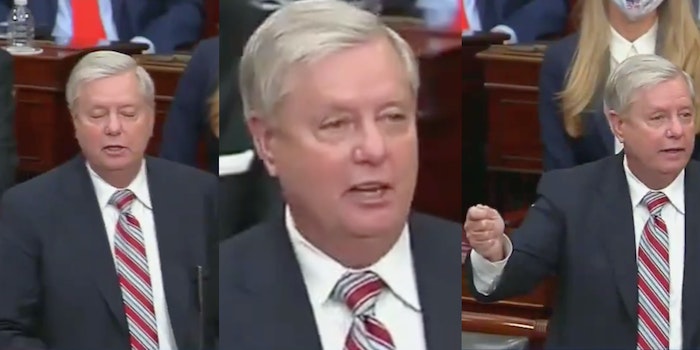 'Lindsey Graham is drunk and is breaking up with Trump on live television.'

After armed pro-Trump rioters stormed the Capitol in an attempt to subvert the democratic process on Wednesday, Sen. Lindsey Graham (R-SC) appealed to his fellow congressmen in an impassioned, albeit odd, speech. His address immediately made waves, and many social media users voiced their suspicions that the southern senator was inebriated on the floor of the Senate.