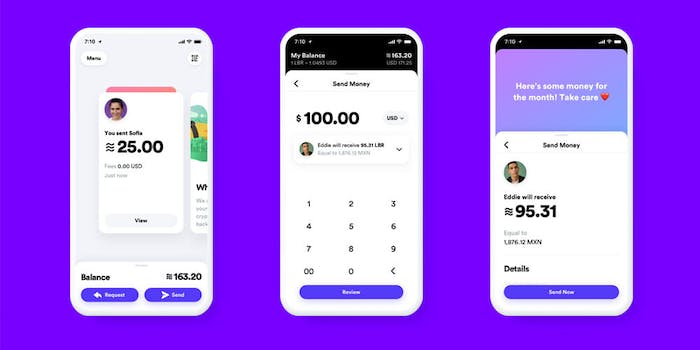 Everything you need to know about Libra, Facebook’s new cryptocurrency

The new digital currency will be available in 2020.

Facebook officially unveiled its new cryptocurrency, Libra, on Tuesday. The digital asset, backed by major companies such as Uber and Mastercard, is attempting to make moving money around easier and cheaper. It’s slated for a worldwide launch in 2020.

How does Libra work?

The cryptocurrency will be overseen by the “Libra Association,” an independent board consisting of companies that each invested a minimum of $10 million into Libra. Some of its current members include financial power brokers, such as Visa, PayPal, and Coinbase. Other members are prominent technology services, including eBay, Lyft, and Spotify. Although the Libra Association has roughly two dozen members so far, the group hopes to have at least 100 by its launch date.

Libra transactions and storage will be handled by subsidiary company Calibra, a wallet designed to keep your financial data private–so private that it’s even separate from Facebook.

In order to limit illegal activity typically associated with other cryptocurrencies, you will be required to provide a government-issued ID prior to creating an account. Once your account is created, you will simply exchange your local currency for Libra.

The cryptocurrency is what’s known as a stable coin, meaning it’s backed by real money in order to keep its value from severe fluctuations. Facebook also has plans to let you exchange physical cash for Libra at places like the grocery store in the future.

Facebook’s goal for Libra is to empower millions of people, especially those in the developing world, who don’t have a bank account.

“Our hope is to create more access to better, cheaper, and open financial services–no matter who you are, where you live, what you do, or how much you have,” a white paper on the cryptocurrency reads.