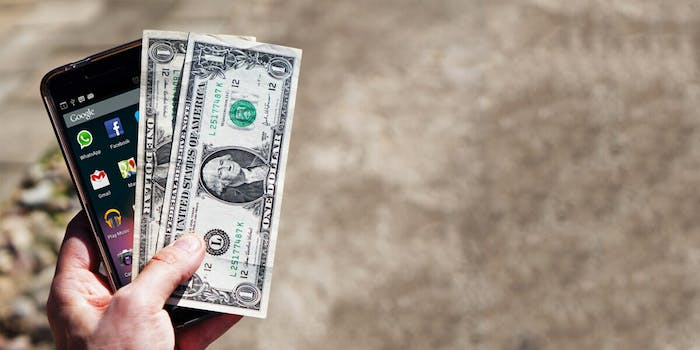 Facebook's 'Libra' coin will allow users to make purchases across the web.

Major tech companies including Visa, PayPal, and Uber are backing the Facebook cryptocurrency set to be unveiled next week, the Wall Street Journal reports.

More than a dozen companies have reportedly agreed to invest roughly $10 million each to join a consortium that will oversee the digital coin.

Known as Libra, Facebook’s cryptocurrency will be tied to numerous government-backed currencies to avoid any potential volatility in its value. Libra will allow Facebook users to make purchases not only on the social media site but across the internet, as well.

Other major investors include Mastercard, Stripe, Booking.com, and Argentinian e-commerce service MercadoLibre. Facebook is hoping to raise $1 billion dollars in total for the project.

Some of the companies have reportedly expressed concerns that Libra, much like other cryptocurrencies, could be used for illicit purposes such as money laundering and terrorism financing. The coin will also have to be approved by financial regulators in a slew of countries.

The Journal notes that the coin will not be directly controlled by Facebook or other members of the consortium, reportedly called the Libra Association. Some of the companies involved, however, could become “nodes” to help “verify transactions and maintain records of them.”

The decision not to directly control Libra could also be an effort by Facebook to protect itself from any potential privacy scandals in the future, although Facebook could still “exert considerable influence” over the coin.

Facebook will release an outline of Libra next week and officially launch the cryptocurrency sometime next year.