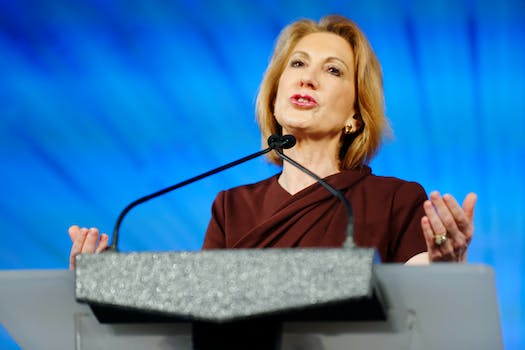 The campaign claims the debate is 'rigged.'

Carly Fiorina is being excluded from tonight’s Republican debate, and her campaign is sounding off on social media with the hashtag #LetCarlyDebate.

.@ABC (Anybody But Carly) has FROZEN @CarlyFiorina out and turned the debate INSIDE OUT #LetCarlyDebate pic.twitter.com/zLj5Ngg3bX

Fiorina’s main beef is that she polled higher than Chris Christie and John Kasich in Iowa, but still isn’t being allowed on the debate stage. However, the requirements for tonight’s debate are based on New Hampshire poll numbers, where Fiorina is polling low.

If you doubted the game is rigged, consider what’s going to go on in NH on Saturday night. #LetCarlyDebate #FITNhttps://t.co/wRpFtUpLAa

ABC and the RNC may keep me off their debate stage. But this isn’t about me. #LetCarlyDebate #FITN

The Fiorina campaign has accused ABC, which is hosting the debate, of participating in a “rigged” game. Fiorina’s deputy campaign manager, Sarah Flores, has sent out several tweets denouncing ABC.

.@ABC @Disney wouldn't let us advertise during their rigged debate. But the Super Bowl was happy for NH voters see Carly ad! #LetCarlyDebate

CNN reports that ABC has no plans to offer Fiorina a last-minute invite to the debate.