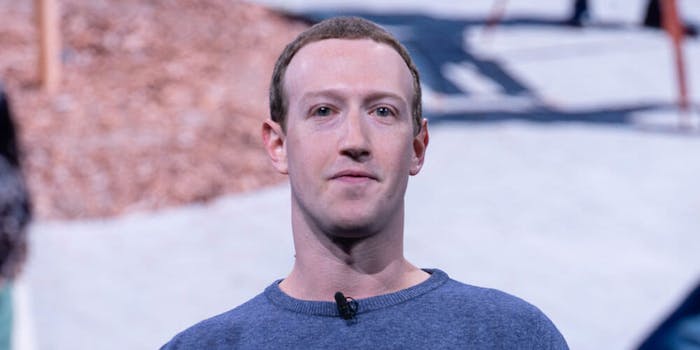 Leaked documents show that Facebook employees felt the company was acting unethically for its treatment of competitors.

More than 7,000 pages of documents, part of an ongoing lawsuit against Facebook in California, were obtained by NBC News this week and published online.

Internal chats from 2012 and 2013 reveal that employees and even some top executives pushed back when Facebook began barring competing companies from advertising on the site. Facebook also refused to give those companies user data even though businesses viewed as non-competitors were given access.

Facebook CEO Mark Zuckerberg defended the practice in a November 2012 email in which he argued that allowing competitors to advertise on Facebook “may be good for the world but it’s not good for us.”

Zuckerberg further remarked that “unless people also share back to Facebook and that content increases the value of our network,” treating competitors the same as non-competitors wasn’t worth it.

In response to Zuckerberg’s decision, one employee wrote in December 2012 that the CEO’s directive seemed “unethical.”

“It just makes me feel like a bad person,” the employee said.

David Fischer, a Facebook advertising executive, pushed back in January 2013 in an email to Zuckerberg, COO Sheryl Sandberg as well as other company executives.

“We should be secure enough in the quality of our products to enable them to compete effectively in the open marketplace,” Fischer said. “It looks weak to be so defensive.”

Not all employees disagreed with Zuckerberg’s policy though. Javier Olivan, Facebook’s head of growth, argued in support of the decision over concerns that certain messaging apps were a danger to the company.

“We will look like complete idiots if we lose our business to these messenger services and help them along the way for a couple of $s!,” Olivan said.

Despite the back and forth, Zuckerberg let employees know that his decision to block ads from competing apps was final.

“Those companies are trying to build social networks and replace us. The revenue is immaterial to us compared to any risk,” Zuckerberg said. “And I agree we should use ads to promote our own products, but I’d still block companies that compete with our core from gaining any advantage from us.”

Facebook has since released a statement in light of the internal chats leaking and alleges that the comments have been taken “out of context.”

“These old documents have been taken out of context by someone with an agenda against Facebook, and have been distributed publicly with a total disregard for U.S. law,” a spokesperson said.

The leaks will undoubtedly fuel growing pushback against the social media giant as it faces antitrust probes from the DOJ, FTC and attorneys general in 47 states.