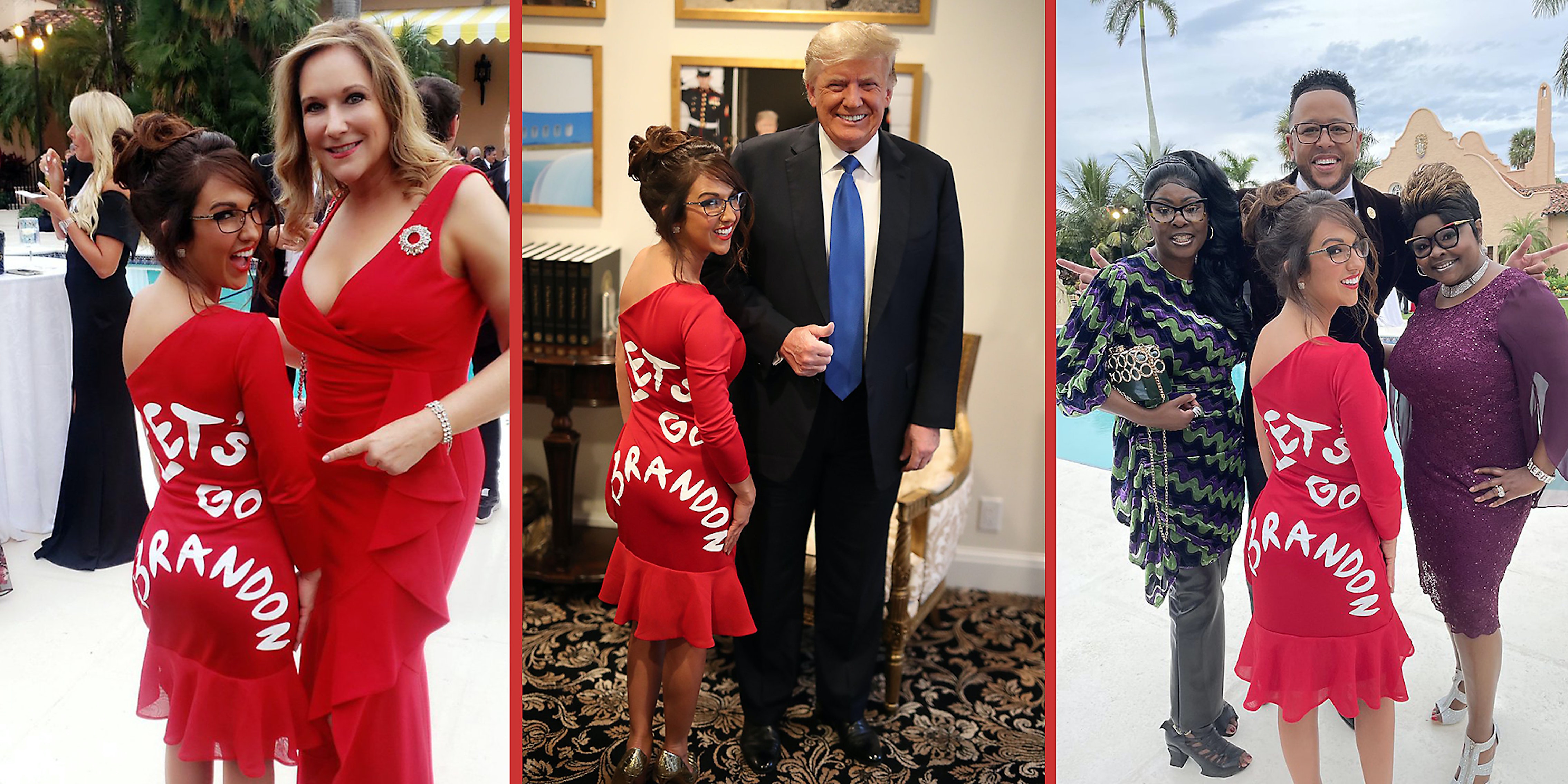 Yesterday, at an event at Mar-a-Lago, Congress’ second-trolliest Republican, Rep. Lauren Boebert (R-Colo.), wore a dress with the phrase “Let’s Go Brandon” emblazoned on it.

After, she posted a photograph of her wearing it while posing with President Donald Trump.

Unless you’ve been unbelievably offline (which, God bless if that’s the case), you are aware that “Let’s Go Brandon” has become a right-wing euphemism for “Fuck Joe Biden.” It’s a phrase that means little but speaks volume about where the conservative movement is.

The red dress with white letters was clearly a play of off Rep. Alexandria Ocasio-Cortez (D-N.Y.), who wore a white dress with red letters that said “Tax the Rich” at the Met Gala earlier this year.

Boebert was photographed with numerous other conservative luminaries, who all seemed to love the look.

It’s become a rallying cry among opponents of President Joe Biden. But in wearing her dress to a Trump party, Boebert is exposing both the vapidity of the slogan and her movement. Whereas Ocasio-Cortez received pushback for her message, it expressed a sentiment, a political stance, about the state of America right now: That the wealthy have too much power and people should change that (even if people feel she isn’t doing enough to do just that as an elected official).

Boebert’s message is simply “Fuck the others.” It’s not a policy position, it’s not a message on how to improve the world, or especially the lives of her constituents. It’s simply trolling.

Much has been made about how Republican politics have devolved into nothing more than “owning the libs” over the Trump years. Boebert’s dress just cements how true that is.