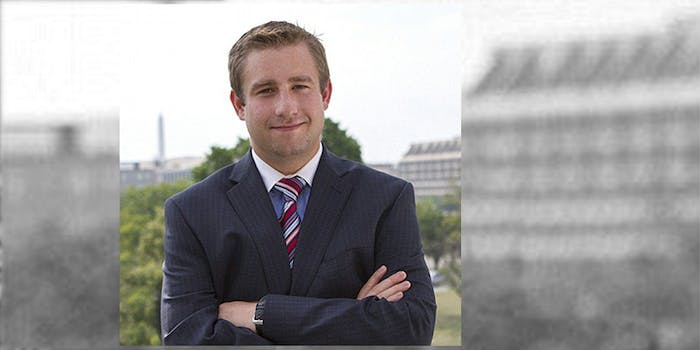 From Sean Hannity to Kim Dotcom, the pro-Trump world is doing everything it can to take the Seth Rich murder conspiracy theory mainstream.

Infamous internet entrepreneur Kim Dotcom has offered to deliver evidence to Congress which, he claims, will prove that murdered Democratic National Committee staffer Seth Rich was the WikiLeaks source who leaked thousands of party emails in the run up to the 2016 presidential election.

The entrance of Dotcom has helped to further push conspiracy theories surrounding Rich’s murder into the mainstream—even as the victim’s family struggles to push back against attempts to politicize his untimely death.

If Congress includes #SethRich case into their Russia probe I'll give written testimony with evidence that Seth Rich was @Wikileaks source.

Dotcom, who famously founded file sharing website MegaUpload, began claiming this week that Rich was the source of the Hillary Clinton campaign emails. Not only that, he claims to have personally known the data analyst.

I knew Seth Rich. I know he was the @Wikileaks source. I was involved. https://t.co/MbGQteHhZM

I'm meeting my legal team on Monday. I will issue a statement about #SethRich on Tuesday. Please be patient. This needs to be done properly.

The claims play directly into a recently revived conspiracy, propagated predominantly by Fox News and new media organizations on the political right, that the staffer was targeted by Democratic operatives for leaking the emails—rejecting the official U.S. intelligence community’s assessment that Russian-sponsored hackers had stolen the DNC emails and fed them to WikiLeaks.

Rich was gunned down walking home from a bar in Washington, D.C., on July 10, 2016. The Metropolitan Police Department maintains that Rich was killed in a robbery gone wrong, although police say no valuable possessions were stolen from him. With no witnesses or information leads, the case remains unsolved.

Less than two weeks after Rich’s murder, WikiLeaks began to publish the DNC leaks. The information dump contained 44,000 internal emails that caused havoc for the party by reinforcing the narrative that the DNC preferred Clinton over challenger Sen. Bernie Sanders (I-Vt.). The leaks, which began just before the party’s national convention, resulted in the resignation of Rep. Debbie Wasserman Schultz of Florida as the DNC’s chairwoman.

Not only do those who believe the Democrats killed Rich cite the timing of the leaks as suspicious, they also point to WikiLeaks’ offer of $20,000 for information that would lead to the conviction of Rich’s killers. WikiLeaks’ founder, Julian Assange, would later repeat that Russia was not the source of the email dumps, and while continuing to mention Rich during his news interviews, Assange refused to confirm nor deny that the staffer was a source.

To date, there is zero available evidence that Rich’s murder has any connection to politics.

WikiLeaks has never disclosed a source. Sources sometimes talk to other parties but identities never emerge from WikiLeaks. #SethRich

While Dotcom’s Twitter appeal failed to garner congressional interest, his claims were enthusiastically received by Fox News host Sean Hannity. Hannity has also been discussing the Rich conspiracy theory enthusiastically on his show. Dotcom is now set to appear on Hannity’s show on Tuesday.

Hannity’s interest in the story came about when the Rich family’s private investigator, Rod Wheeler, claimed to Fox reporters that information on Rich’s laptop proved he had been communicating with WikiLeaks before his death. Wheeler later backtracked on his claim, after the upsetting family who warned that the claims were “unsubstantiated.”

As White House controversies came to dominate the news cycle, Hannity, an outspoken Trump defender, was compelled by the belief that the liberal establishment was trying to suppress and drown out the truth about Rich’s death. He spent the rest of the week covering what he described as potentially “one of the biggest scandals in American history.”

This has all taken place much to the distress and frustration of the Rich family, who have issued multiple statements to that effect through their spokesman Brad Bauman—whom right-wing media outlets have decried as a Democrat operative who is manipulating the family.

On Sunday, Bauman, infuriated, published a Twitter rant at Hannity, accusing him of a giving mainstream platform to the fringe theory about Rich’s murder, and Dotcom, whom he slammed as a “sociopath.”

WOW! @seanhannity YOU HAVE NO SHAME. Disgusting. https://t.co/3EVfvXJS7V

If @KimDotcom had one shred of evidence, he would have called family OR POLICE not @seanhannity first.

If @KimDotcom knew Seth, why wasn't he at funeral? Send flowers? Tell family he was a hero?

If @KimDotcom cared about #sethrich why has he been silent for so long? Why didn't he come in before? Only now to max impact?

Guess what @KimDotcom I don't buy it…think you have an agenda or are a sociopath. Which is it?

Dotcom is currently facing an extradition case from the U.S. over his involvement in MegaUpload as a source of pirated intellectual property. Throughout the past week, amid being in the spotlight over his tweets about Rich, the New Zealander has taken the opportunity to push information about his case.

Essential reading about my case:

Perhaps tweets such as this were what triggered Bauman’s questions about the sincerity of Dotcom’s “agenda,” which should become more clear when Dotcom delivers his statement on Rich’s alleged involvement with WikiLeaks.

One thing is for sure, the Rich murder conspiracy has only gained momentum and, reaching far beyond the online sleuthing of 4chan and Reddit users, is finding mainstream audiences.

Of course, conservatives and Trump supporters are not the only Americans susceptible to conspiracy theories. And liberals have begun pushing their own false or unsubstantiated narratives about President Trump and others.

As trust in the media becomes more partisan than ever before, it appears that both major political demographics are on divergent trajectories in terms of narrative. With high-profile public figures, such as former House Speaker Newt Gingrich, beginning to rally behind conspiratorial fringe narratives like the Rich conspiracy, this disparity is only set to become more radical.