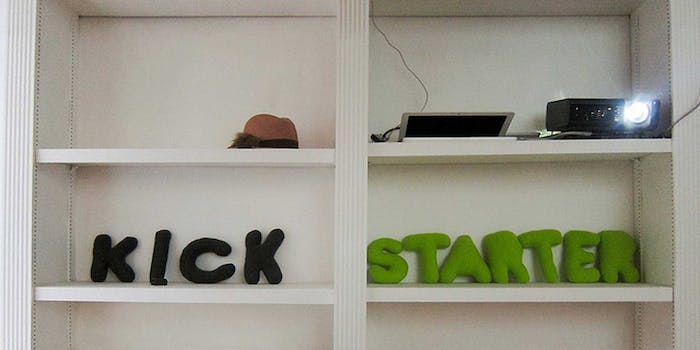 As more and more people flock to the crowdfunding platform, does it lose what made it so successful in the first place?

Kickstarter has reached yet another milestone.

It’s official! Over 100K projects have launched on Kickstarter. Can’t wait to see what comes next! kickstarter.com/help/stats

Since launching four years ago, the site has seen successful projects raise $535 million.

The announcement is the latest in a string of good news for the world’s most popular crowdfunding platform. In the last 12 months, the company expanded to the United Kingdom and saw a pair of high-profile film projects successfully raise millions of dollars.

But with the boom in popularity comes a bust in projects’ success rate. In June 2012,  a third party released an infographic that noted that exactly 50 percent of all projects were successfully funded. (Kickstarter maintains that its success rate has always hovered at around 44 percent.)

Flash forward to now, and that number has dropped to 43.5 percent. Among the failed campaigns was one belonging to former ’90s teen star Melissa Joan Hart, whose film project tried to raise $2 million but only manage to amass $51,605 before it was ultimately cancelled.

With more and more artists turning to the crowdfunding platform, expect the success percentage to continue to drop.