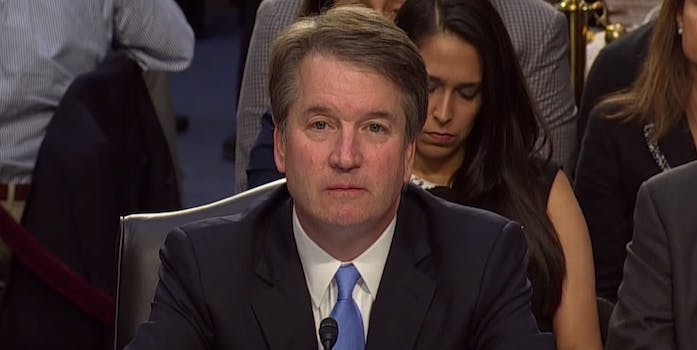 Even his own turned against Trump.

Today, the U.S. Supreme Court issued a highly anticipated opinion in the case about whether President Donald Trump can be compelled to release his taxes. The court ruled against Trump, holding that sitting presidents do not possess blanket immunity from investigations.

Two of the justices who voted against Trump sent resistance Twitter’s eyebrows skyward.

The court, in brief, ruled that Trump’s taxes can be released, and remanded the case to the lower courts.

It’s a bit of a win, bit of a loss for those who want to see the president’s tax returns. On one hand, the lower courts are arguably likely to order their release as most of Trump’s major legal arguments have been rejected; on the other, it’s not happening immediately and there is a chance, albeit slim, that Trump’s lawyers will come up with some fresh argument to further delay the proceedings or avoid releasing the records.

Nevertheless, resistance Twitter was pumped. They were also pleasantly surprised that Gorsuch and Kavanaugh voted against the very man to whom they owe their positions on the court to.

“Trump could not even get Gorsuch or Kavanaugh on Vance. THAT is how extreme his position were,” tweeted the Washington Post columnist Jennifer Rubin.

Trump, as per usual, quickly turned to Twitter to complain that the justices were being very unfair to him.

The president’s lawyers will now dig deep into their bag of legal tricks to come up with as many arguments as possible to keep those records from the light of day.