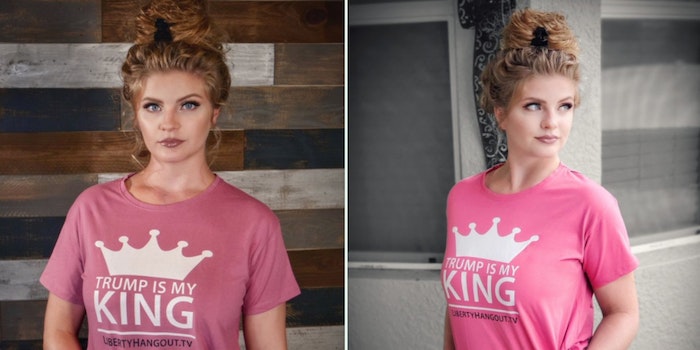 Kaitlin Bennett gets flamed for declaring Trump her ‘king’

'Making democracy into a monarchy to own the libs.'

Conservative commentator Kaitlin Bennett, known to many as the “Kent State Gun Girl,” is getting flamed online after promoting merchandise that declares President Donald Trump as her “king.”