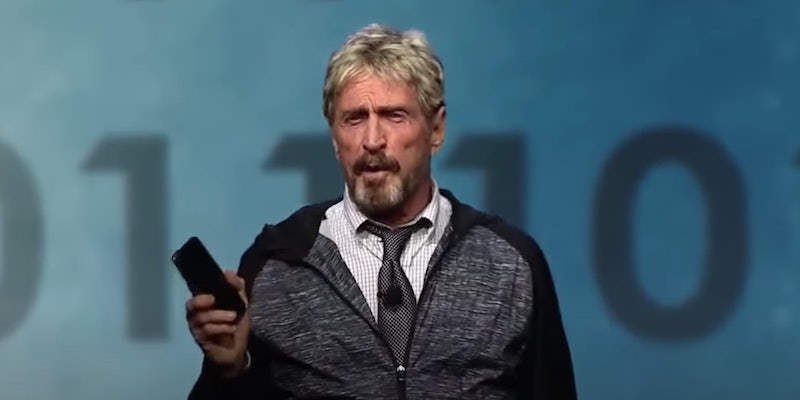 John McAfee, the founder of the popular antivirus software bearing his name, was found dead in a Spanish prison cell on Wednesday, according to reports.

The eccentric tech pioneer, who was facing charges over alleged financial crimes in the U.S., is said to have died by suicide in his cell in Barcelona.

In a statement on the matter, Spain’s Department of Justice of the Generalitat said that prison officials were unable to revive the 75-year-old after finding him unconscious. Spanish publication El País reported the news, as did Reuters.

“The judicial procession has traveled to the prison and is investigating the causes of death. Everything indicates that it could be a death by suicide,” the statement from Spain’s Department of Justice said.

The death comes after Spain’s National Court approved the extradition of McAfee back to the U.S. to face charges. McAfee was originally arrested after months on the run at Spain’s El Prat airport last October.