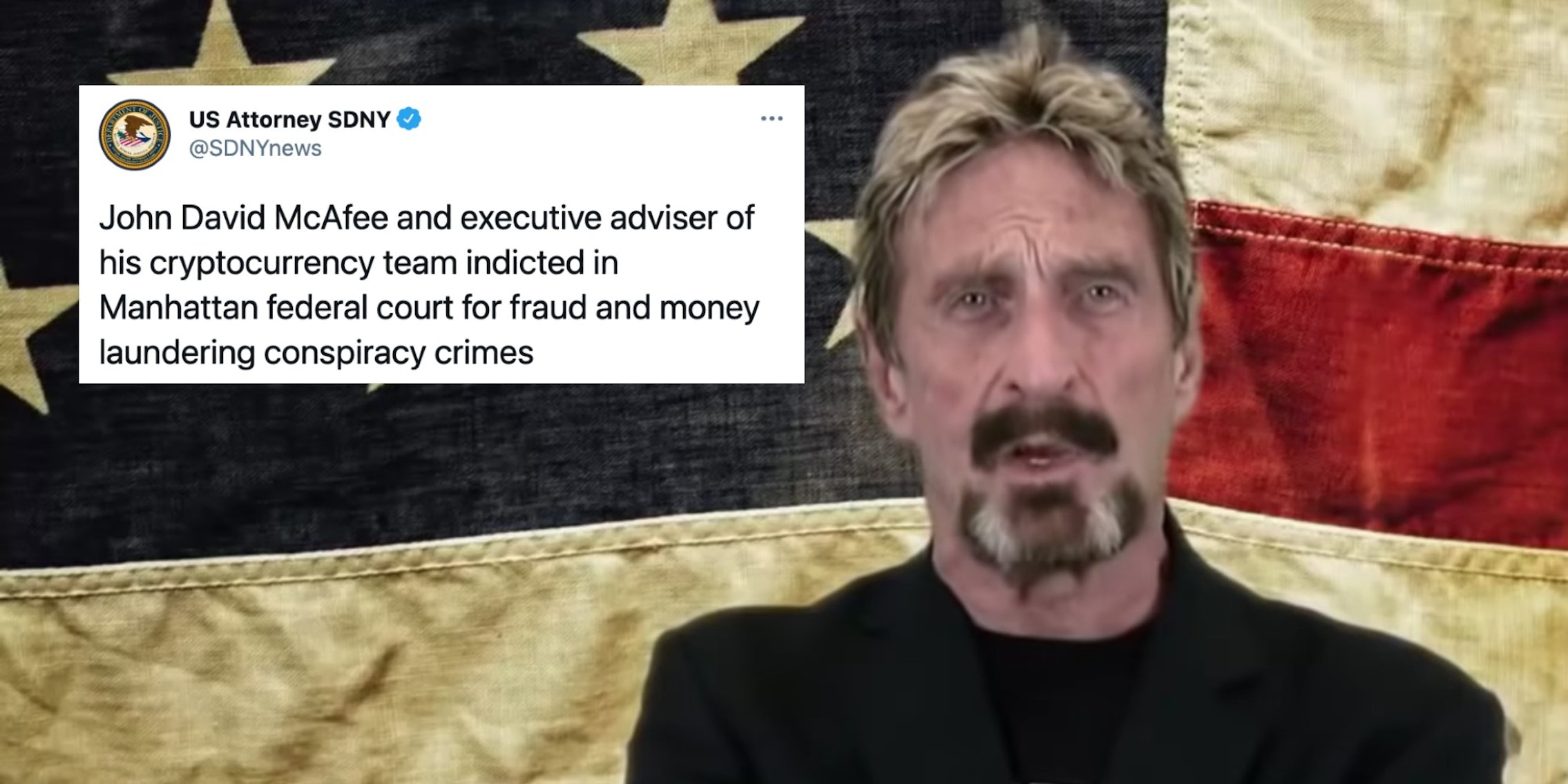 The antivirus pioneer is accused of raking in millions through deceptive pump-and-dumps.

Investigators say the pair allegedly exploited McAfee’s Twitter following, which currently stands at over 1 million people, to promote cryptocurrencies for personal gain without revealing their motives.

“McAfee, Watson, and other members of McAfee’s cryptocurrency team allegedly raked in more than $13 million from investors they victimized with their fraudulent schemes,” Manhattan U.S. Attorney Audrey Strauss said. “Investors should be wary of social media endorsements of investment opportunities.”

FBI Assistant Director William F. Sweeney Jr. stated that the duo carried out textbook “pump-and-dump” schemes. After secretly investing in certain cryptocurrencies and promoting them online, the pair would then allegedly sell off their assets after prices were artificially inflated.

If convicted on all counts, McAfee, who is currently 75-years-old, could face up to 70 years in prison. McAfee is currently being held in Spain after being arrested last October on separate criminal charges filed by the DOJ’s tax division.

In an interview with the Daily Dot last year, McAfee admitted to falsely claiming on Twitter that he would remove and eat his own penis if Bitcoin did not reach $1 million by the end of 2020.