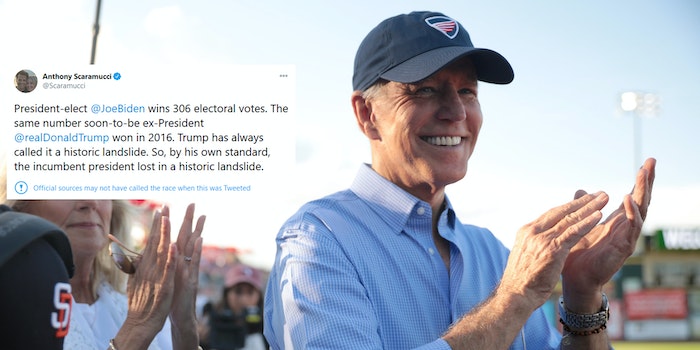 Ahead of the election, Twitter outlined what it would do with such tweets.

Twitter is staying consistent with its labeling of election tweets by putting warnings on tweets that proclaim former Vice President Joe Biden “president-elect” before the race has been called by its official sources.