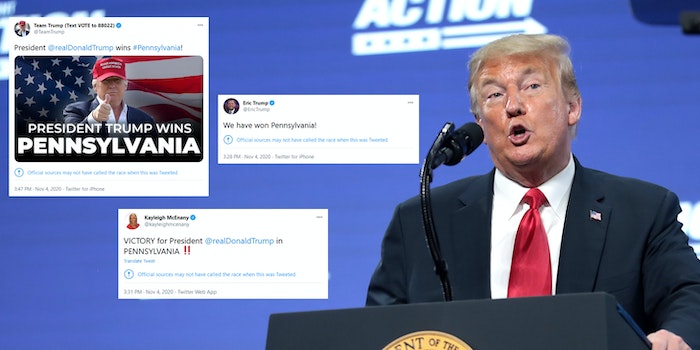 This morning, President Donald Trump sent out a slew of tweets calling the tabulating of votes into question, which forced Twitter to scramble and slap labels on them.