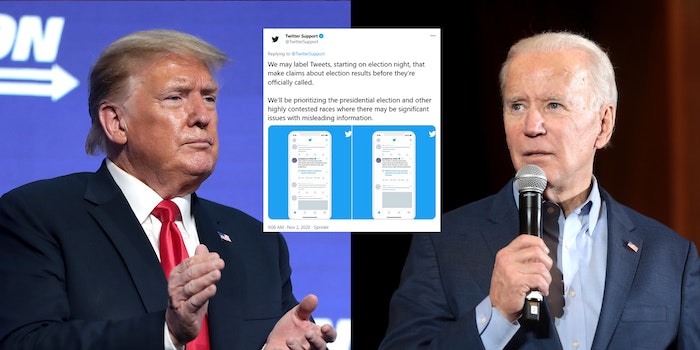 Twitter showed how it will label election misinformation posts.

Twitter on Monday reminded its users that it will be taking steps to try and combat election misinformation, including premature declarations of victory by candidates.