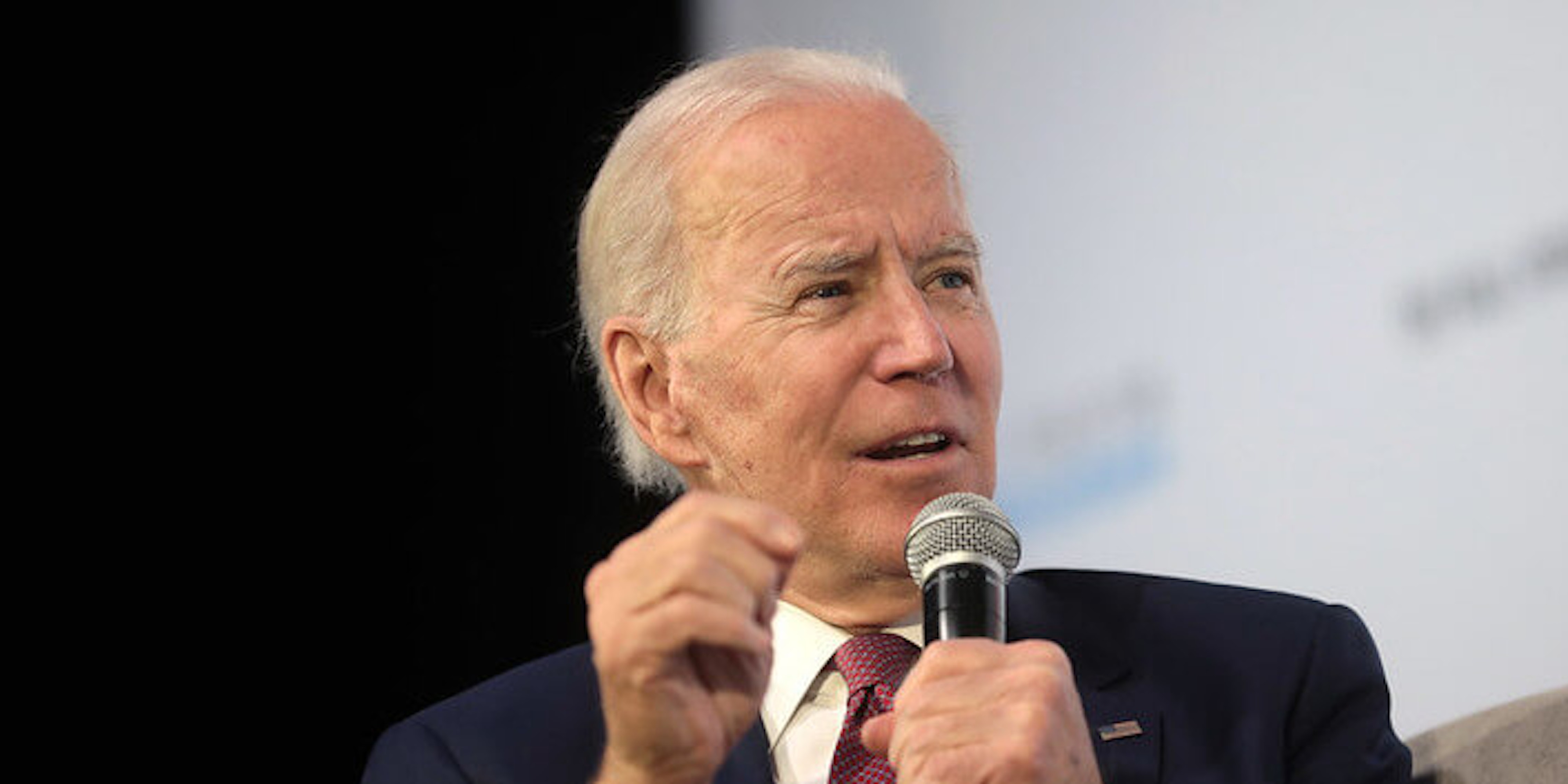 On a section of his website, Biden declared his opposition to the Boycott, Divest, and Sanctions movement, an effort to highlight businesses that work with Israel, which the movement says is committing criminal acts with its oppression of the Palestinian people.

The statement was initially flagged by pundit Jordan Uhl on Twitter.

In it, Biden says his administration will: “Firmly reject the BDS movement, which singles out Israel — home to millions of Jews — and too often veers into anti-Semitism, while letting Palestinians off the hook for their choices.”

That led to a swift backlash online, with Biden singling out Palestinians for their “choices.”

“Biden denounces BDS, saying it ‘lets Palestinians off the hook for their choices’. No Palestinian ever chose to live under military occupation or apartheid. BDS is a nonviolent movement led by oppressed people who’ve run out of other choices. Biden stands with Trump & oppression,” Green Party candidate Howie Hawkins wrote.

Others simply noted, “this is trash.”

“Suggesting that Palestinians just make bad choices and therefore deserve to be colonized is honestly no less racist than anything Trump has ever said,” wrote another.

Biden’s statement also raised concerns about infringing on free speech, an argument many in Congress tend to ignore, as they’ve tried to push laws banning BDS.

“What does @JoeBiden mean when he says a Biden Administration will ‘firmly reject the BDS movement’? As rightly pointed out by the @ACLU & others, the right to boycott is protected free speech. Government action to penalize BDS participation is a blatant civil rights violation,” Iram Ali, a former strategist for Elizabeth Warren wrote.

The language from Biden comes from a section on his plan for the Jewish community, which delves deeply into U.S. support of Israel.

By contrast, Biden’s plan for the Muslim community only speaks to “Muslim-Americans,” and while it mentions Palestinians, it does not have a singular mention of the state of Palestine.