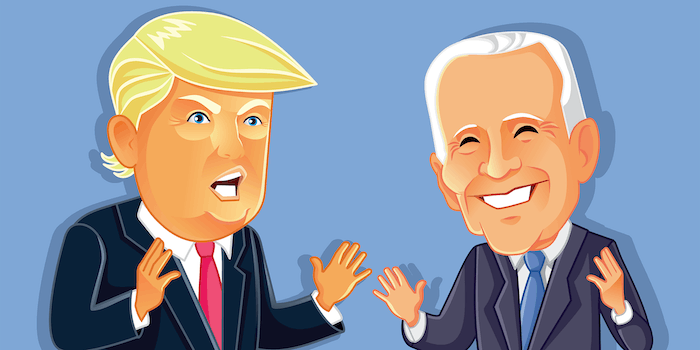 Biden finally has a nickname for Trump

It may not have been the zinger the Democratic contender was hoping for.

President Donald Trump has an impressive penchant for coining nicknames for his political opponents.

There’s no need to rehash all of them, but there’s no doubt you’ve heard of Crooked Hillary and Sleepy Joe Biden and Mini Mike Bloomberg.

Thet are childish and silly and no one really knows if they have any efficacy outside of Twitter, where the president fires them off.

And while his opponents in presidential elecitons are under no obligation to dive into an infantile battle, they always do.

There was Hilary Clinton’s “Dangerous Donald,” which didn’t seem to sway anyone. And now Joe Biden has proffered his best effort.

It may not have been the zinger Biden was hoping for.

Fans of Biden rallied behind the moniker, however.

Trump has yet to respond.