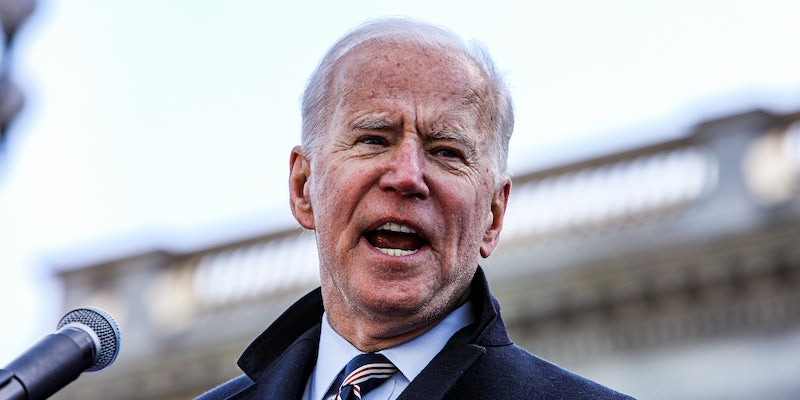 The former veep keeps saying it.

Joe Biden is known for having a few signature catchphrases. There’s “no malarkey,” and “listen here, Jack,” and “that’s not hyperbole.”

The repetition of those has helped him build a warm, familiar bond with the base of the Democratic party.

But he might wanna dump the latest one from his lexicon. Biden keeps accidentally saying “intercourse” in interviews.

The first one cropped up earlier this week, when Biden was discussing the coronavirus pandemic and how the response needed to be a global effort.

Saying if it was solved here, but not elsewhere, Biden said “you’re going to have travel bans, you’re not going to be able to do, have economic intercourse around the world.”

It’s likely he meant … economic interactions around the world? Who knows, and one mistake in a million interviews the former vice president gives isn’t much to care about, except that it happened again today.

Biden went on Morning Joe to discuss the allegation of sexual assault against him by a former staffer. He denied it and then again pivoted to… worldwide intercourse.

“The pandemic is, that, the president has no intercourse whatsoever with the world,” he said.

And while most anyone—left or right—could agree its best President Donald Trump doesn’t have sex with the rest of the world, given the news surrounding Biden over the past month, maybe he should try his hardest to get that phrase out of his brain.