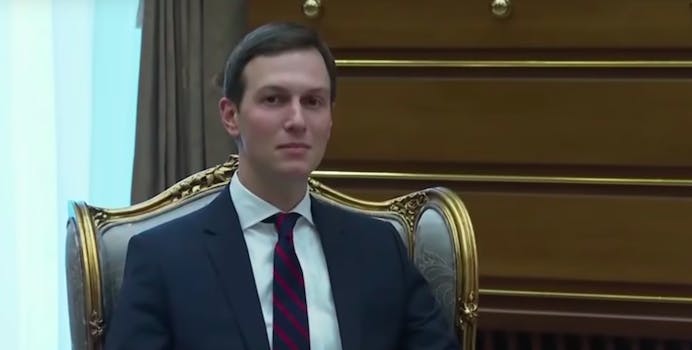 It's unclear whether the communications include classified information.

In a letter released on Thursday, Rep. Elijah Cummings (D-Md.) informed the president’s counsel, Pat Cipollone, that Kushner and Trump’s daughter Ivanka might be in violation of the Presidential Records Act.

Cummings, the chairman of the House Committee on Oversight and Reform, said in the letter that Kushner’s attorney, Abbe Lowell, confirmed that Kushner was using WhatsApp to communicate with foreign officials.

“That’s above my pay grade,” Lowell reportedly said in response to queries regarding whether or not the information included in those messages was classified.

Lowell said that Kushner provided screenshots of his conversations to the National Security Council and was therefore not in violation of the PRA.

Lowell also apparently told Cummings that Ivanka Trump deleted some emails from her personal account if she did not reply to them.

In 2016, then-candidate Trump highlighted Hillary Clinton’s use of private email servers to conduct official business, with chants of “lock her up” reverberating throughout his political rallies. Clinton was twice investigated and twice cleared by the Federal Bureau of Investigation for her email practices as Secretary of State.

Cummings also stated that the White House had been withholding documents related to the investigation since March 2017, and has not provided the results of an internal investigation into potential violations in the Presidential Records Act.