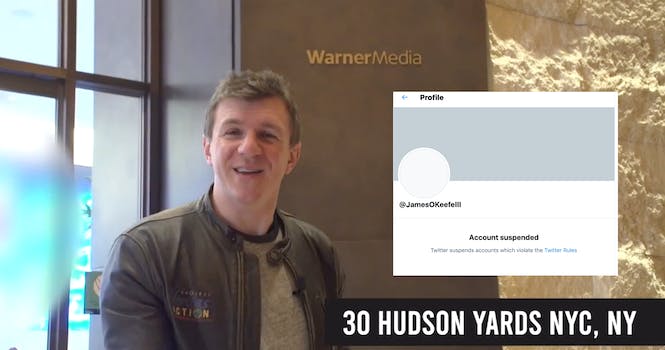 The platform says O'Keefe violated its rules regarding 'platform manipulation and spam.'

James O’Keefe, the controversial founder of the conservative outlet Project Veritas, was suspended from Twitter on Thursday.

O’Keefe, who boasted more than 900,000 followers, claimed in a post on Facebook that the suspension was linked to his recent reporting on CNN.

In a statement to the Daily Dot, a Twitter spokesperson confirmed that O’Keefe had been permanently suspended for violating rules regarding “platform manipulation and spam.”

“As outlined in our policy on platform manipulation and spam, ‘you can’t mislead others on Twitter by operating fake accounts,’ and ‘you can’t artificially amplify or disrupt conversations through the use of multiple accounts.'”

In remarks on Telegram, O’Keefe also stated that he intended to file a lawsuit against Twitter for defamation.

“I am suing Twitter for defamation because they said, I, James O’Keefe, ‘operated fake accounts,'” he wrote. “This is false, this is defamatory, and they will pay.”