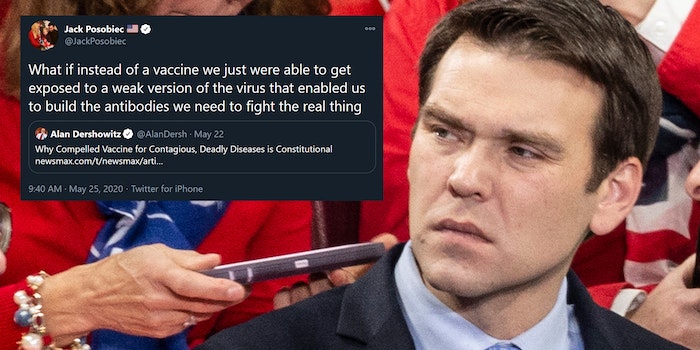 Far-right media personality Jack Posobiec, who works at the more-than-dubious outlet One America News Network, has a lengthy history of pranks and trolls.