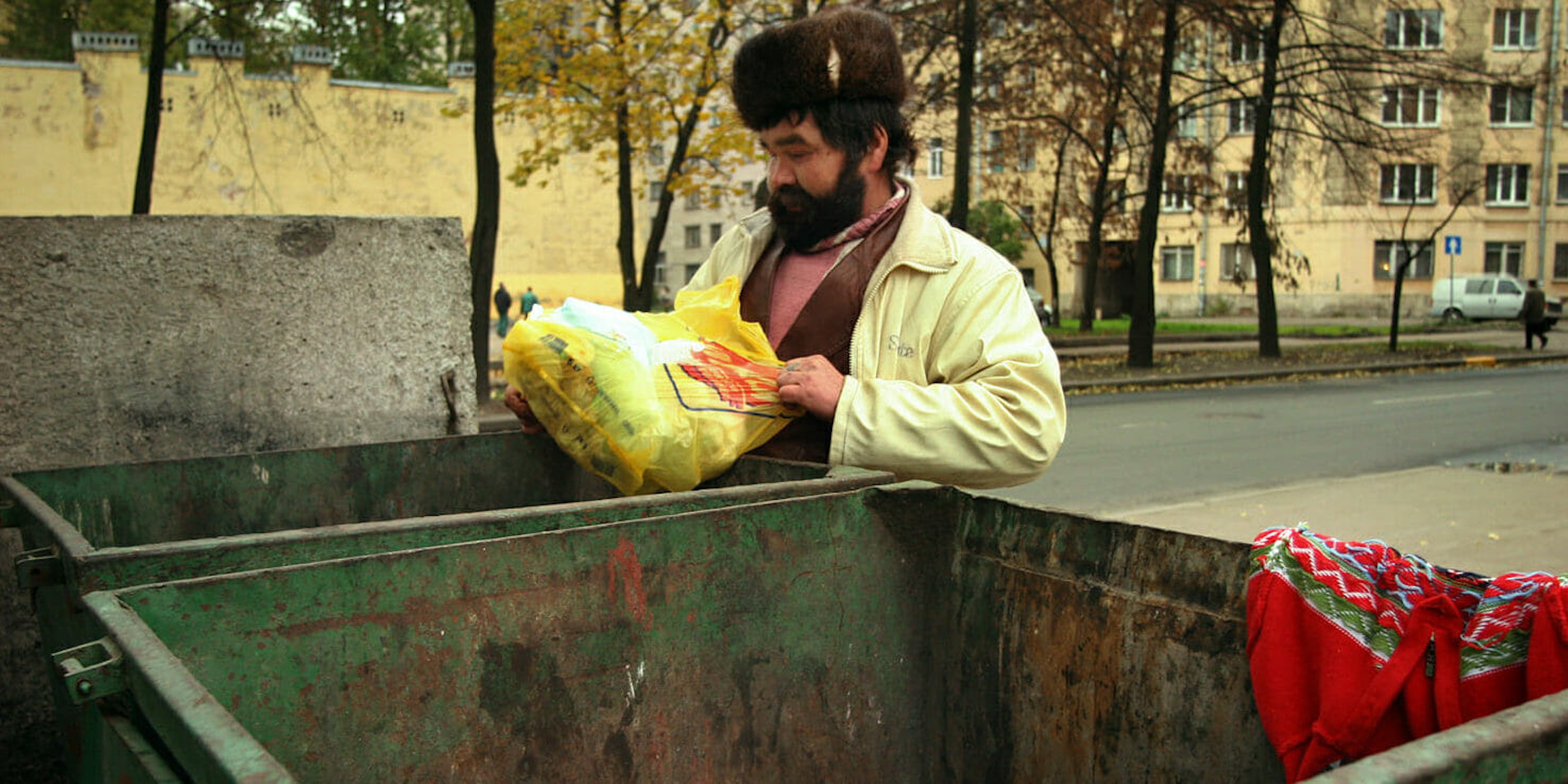 Is it actually illegal to go dumpster diving?

The answer is as murky as the bottom of a waste receptacle.

You’ve heard the old adage that “one man’s trash is another man’s treasure,” but few realize the sheer volume of trash every American discards each year. It’s baffling what you’ll find by simply diving face-first into dumpsters, recycling containers, and trash bins. But is dumpster diving illegal, or merely frowned upon?

For some, particularly the homeless population, looking for valuables, food, or clothing in trash bins becomes a survival necessity. For others, turning trash into cash on websites like eBay, Facebook marketplace, and LetGo is both a lucrative side job and bizarre hobby. But is any of it legal? And if so, is it worth the risk?

The answer is as murky as the bottom of a waste receptacle.

What is dumpster diving?

Before analyzing if it’s illegal to dumpster dive, a little clarity is in order. Specifically, explaining the reasoning behind going head-first into dumpsters on a hunt for buried treasures. So what exactly is dumpster diving? Dumpster diving is the practice where people seek out items thrown away or recycled. The reasons for rummaging through massive bins of garbage is either to use, resell and even consume tossed out items. More on that later.

The origin of the phrase “dumpster diving” emerged at some point in the ’80s as rampant consumerism encouraged wastefulness and the quest for always having “new” and “better” items. Other terms for dumpster diving include “curb shopping,” “trash picking,” “street scavenging,” “dumpstering” and “containering.”

Each specific diving goal carries its own classification. For example, if a picker is primarily seeking metal to be recycled for money, he or she is doing what’s known as “scrapping.” When picking leftover food from farms, a person is “gleaning.”

Why do people dumpster dive?

If not out of necessity in dire situations, why get into dumpster diving? Many who spend a lot of time plunging into waste bins to make extra money. Perhaps the most successful “high end” dumpster diver (as far as we know) is Texas resident Matt Malone. Allegedly, Malone pulls in close to $250,000 per year by hitting dumpsters behind his local shopping centers.

In a 2015 profile for Wired, Malone claimed his passion and profession is more about just money. Malone is on a “quest for knowledge” each time he dives into a filthy abyss. The 40-year-old self-proclaimed “for-profit archaeologist” shares this insight with others in the community.

As for those who dive for food. These “freegan”—a combination of the words free and vegan—avoid buying any food products as “an act of protest against the food system in general.” Freegans treat trash bins more as an open buffet and aren’t concerned with making a profit off their finds.

But the food aspect also has come under more dire circumstances. When a winter storm knocked out power in Oregon in February 2021, police guarded dumpsters of discarded food outside of a grocery store as people sought to take the food that had been put into large dumpsters.

People at the scene told Oregon Live police officers threatened to arrest some members of the group that had gathered outside the dumpsters and were documenting the situation. Eventually, police left and people were able to get some food from the dumpsters, according to the news outlet.

It is generally considered legal for strangers to rummage through trash left in public spaces. But is dumpster diving illegal if it’s behind a shopping center, mall, or apartment complex?

As far as the legality of dumpster diving, there’s a gray area when it comes to which practices could warrant a visit from local law enforcement.

The most prominent court case tied to dumpster diving was in 1988. The Supreme Court ruled in the case of California v. Greenwood that “police didn’t need a search warrant to go looking through trash left out on the curb.” The ruling only applied to trash left out in the public, but dumpsters are technically a large public holder for refuse. The ruling clarified the reasonable expectation of privacy after putting trash out for collection.

It’s important to know local and state laws if you are considering dumpster diving. Luckily, it’s pretty easy to research.

Most city councils around the country have websites, and on there should be a list of the city’s codes and statutes. In there, you should be able to find the local laws surrounding garbage and refuse.

A post on the Dumpster Diving subreddit on Reddit noted that they used the website municode.com to find local laws about dumpster diving in their area.

Dumpster diving could be considered unlawful behavior if the container is on private property or if the dumpsters or surrounding area is clearly marked private. If divers don’t heed any trespassing signs or private property markings, they could be questioned, ticketed, or even arrested by the police.

Some cities or counties often designate specific garbage processing areas off-limits to the public. These distinctions may vary slightly by jurisdiction.

The only time dumpster diving would be considered entirely illegal is if law enforcement could prove that the dumpster divers were going through trash bags with the intent of criminal activity like identity theft. Again, this would likely occur if divers are going through trash on someone’s private property. (It’s also a solid reminder to always shred your legal documents before tossing them out). These acts carry criminal consequences such as a fine or jail time and civil damages for losses.

So, is this a possible career path?

People like Matt Malone make a considerable amount of money foraging through the garbage of local business, but there might soon be limits to the amount of money an individual can make. As companies and storefronts wise up on the condition of the products they’re throwing away, dumpsters in certain areas could be much more guarded.

Many big box stores now toss items into trash compactors, making dumpster diving harder for anyone trying to turn a quick buck or trespass on private property. Before you carelessly jump into a bin behind your local mall, read up on dumpster diving best practices. Remember that while it may seem like a fun, quirky hobby, digging through the garbage to find food and goods is a necessity for those who are underserved or homeless. Consider helping those communities in tangible ways, or donate your valuable finds if possible.

In short, it’s technically not illegal to dumpster dive, but it is illegal to trespass and steal. You could make some serious cash by dedicating yourself to selling garbage. It’s a murky, occasionally risky line to cross, but it might be a solid side job to consider, especially if you’re passionate about combatting wastefulness.