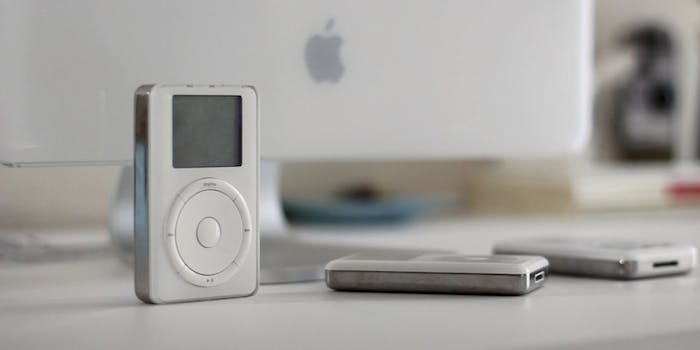 When Apple killed off the long-lived iPod Classic, plenty of gadget enthusiasts were bummed out. The sixth generation of the device was to be the last, concluding a 13-year run that began on Oct. 23, 2001. For the iPhone averse, there are still plenty of reasons to love Apple‘s digital music player, which was never bound to a carrier plan like the company’s smartphones.

For one, the clickwheel—a feat of modern gadget engineering that began gracing the iPod Classic a solid 10 years ago. But the biggest factor was that the storage topped out at a massive 160GB for $249—two and a half times the storage that the high-end 64GB iPod Touch mode offers for $299. The iPod Classic’s capacity even bests the top-tier iPhone 6, which maxes out at 128GB.

So where can you score one before it’s too late?

As is often the case, Ebay looks like the best bet: Almost 60 auctions for the 160GB Classic model ended today alone—and plenty more remain active. Most appear to be in the $250 to $300 range, so don’t overpay like crazy whether you’re after a little bit of nostalgia or a lot of portable digital music with a sweet, sweet clickwheel. 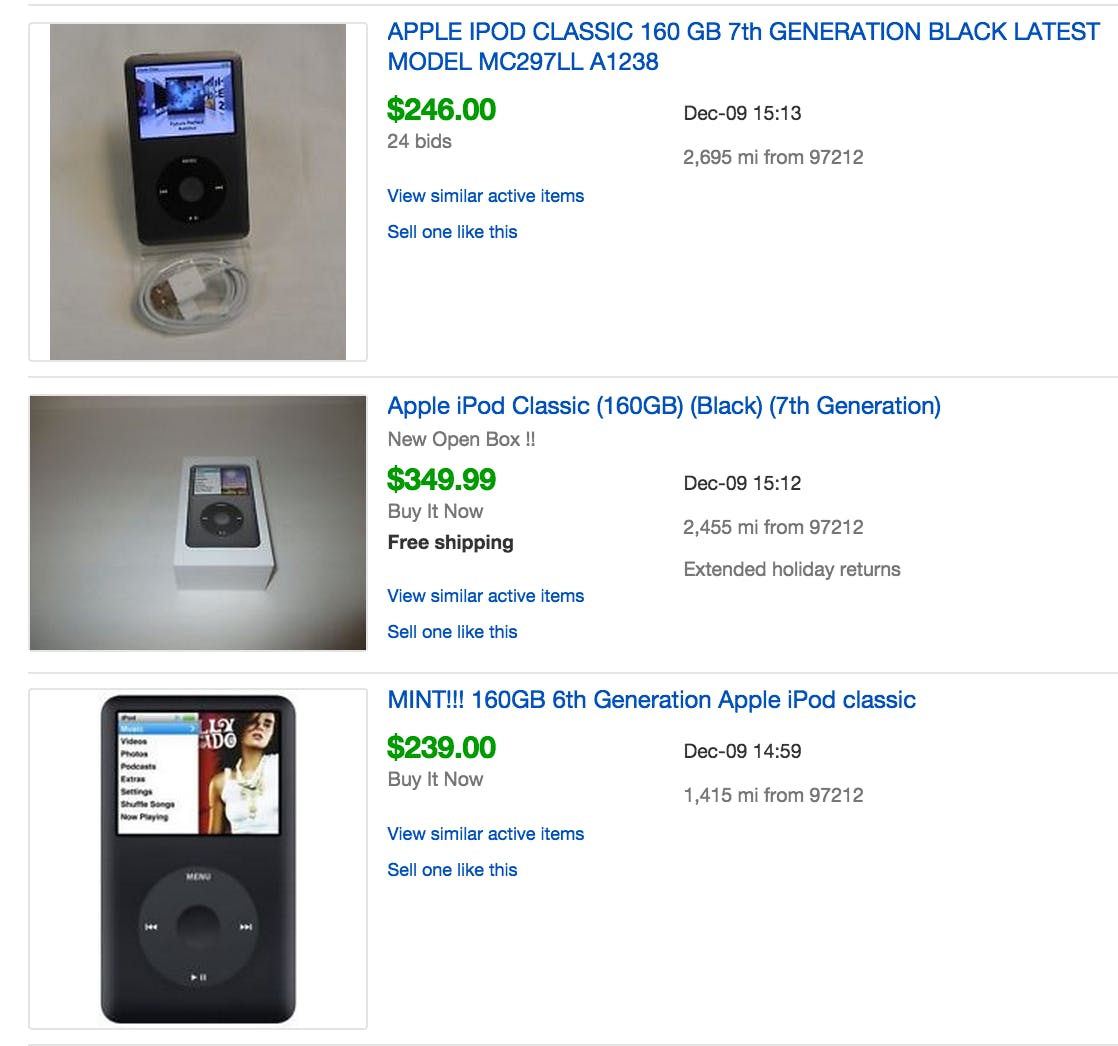 H/T the Guardian | Photo via MattsMacintosh/Flickr (CC BY 2.0)