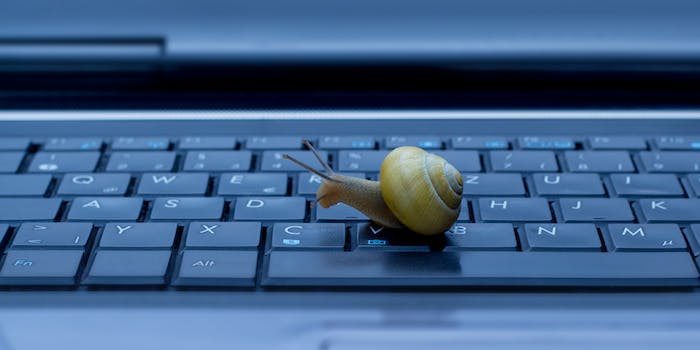 'For too long, the true cost and quality of internet service has been hidden and obscured.'

Consumer Reports and numerous other advocacy groups are kicking off a nationwide campaign to crowdsource information about people’s internet speeds.

“The internet is not a luxury—it’s a necessity,” Marta Tellado, president and chief executive officer of Consumer Reports said in a statement. “Broadband must be available, accessible, and affordable for all, including low-income households and rural areas. For too long, the true cost and quality of internet service has been hidden and obscured. We want to shine a light on what’s really happening, so every American can have the quality internet they need to succeed today and into the future.”

As of Tuesday morning, more than 1,700 people have participated in BroadbandTogether.

The push by Consumer Reports and more than 40 other groups and media organizations comes as broadband connectivity, access, and affordability has come into the spotlight amid infrastructure talks in Washington D.C.

President Joe Biden initially pushed for $100 billion to be invested in broadband infrastructure, but that number has come down to $65 billion amid negotiations with Republicans. Congress has yet to vote on an infrastructure package.

Meanwhile, the administration last week encouraged the Federal Communications Commission (FCC) to continue to work on a “Broadband Nutrition Label” program that would give consumers basic information about internet service being offered so they could compare prices.

That same order also encouraged the FCC to restore net neutrality rules—although Biden still needs to fill out the agency—and urged the agency to prevent ISPs from making exclusivity deals with landlords that prevent tenants from having options to choose from.