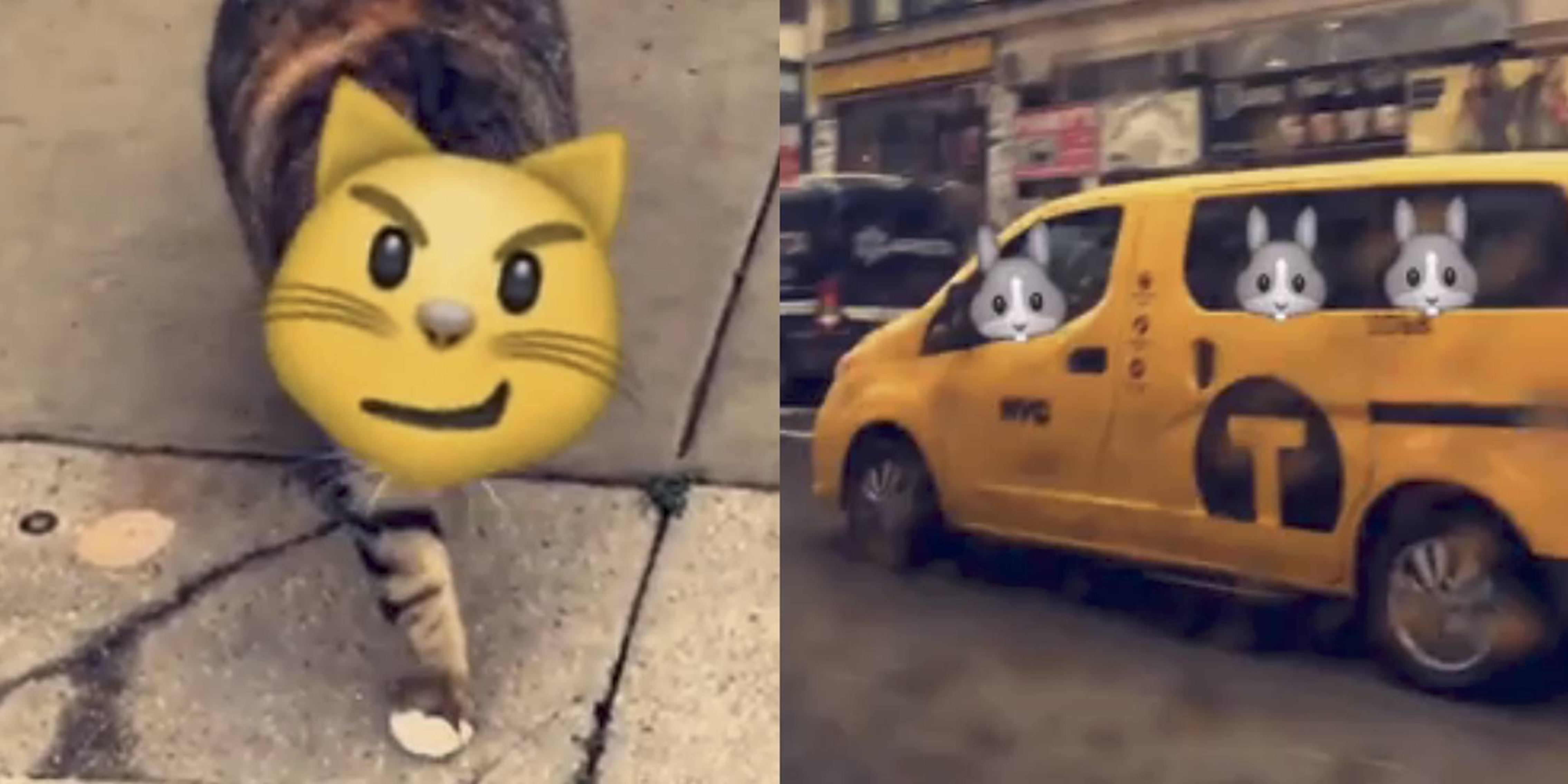 How to use Snapchat’s new 3D stickers

Get ready to wear your emoji.

Snapchat’s neverending rollout of quirky video and photo features continues today with the addition of an all-new way to share emoji. More specifically, the social messaging app has now made it possible to quite literally wear emoji like a mask.

The new 3D stickers allow you to tag objects or people with specific emoji. When you move the camera while shooting a Snap video, the stickers will stay where you placed them, moving along with the background or following the object around the scene. It sounds fairly basic, but watching an emoji-masked friend–even a cat–move around can cause a bit of a giggle fit.

To use the new 3D stickers all you have to do is select the familiar sticker icon on the top of the Snapchat screen, select the sticker you want, and then press-and-hold the sticker on top of the person or object you want to stick it to. Once placed, the sticker will stay put and even scale to the correct size if the object moves away or if you zoom in with your camera.

3D stickers are headed to the Snapchat app on Android right now, and will be making their way to iOS shortly thereafter, so keep an eye out for the impending update and get ready to wear your emoji.