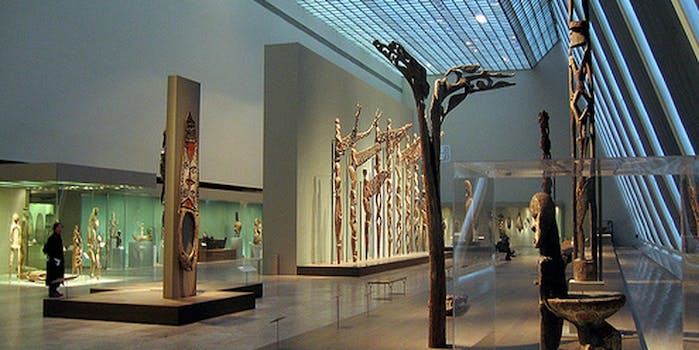 The Met is giving exclusive access to elite Instagrammers

The Met's social media makeover is a mixed bag at best.

I’m always a bit puzzled when I see people taking photos in a museum. Sure, a few snapshots of you and your friends amid the exhibits will serve as nice reminders of a nice day out, but after a while, the need to put another filter between yourself and the art seems fairly ridiculous. Especially if you’ve traveled far or waited hours to see something, why wouldn’t you give your phone a rest and try to live in the moment? I’d argue that to do otherwise is to entirely miss the point.

On the other hand, it feels tacky to malign #emptymet, a hashtag campaign devised in a collaboration between New York’s Metropolitan Museum of Art and Brooklyn photo retoucher Dave Krugman, who wrote the museum a letter comparing “what the printing press did for books and writing and what Instagram has done for photography and visual arts.” In exchange for the privilege of leading after-hours tour groups composed of fellow Instagram stars (he has 50,000 followers), Krugman is enhancing the Met’s social media presence and generating buzz.

Whether additional clicks on the institution’s website or a burgeoning follower count translate into increased foot traffic is still an open question, but as Krugman’s reputation develops, he’s been working with more and more museums to cultivate this sort of synergy and “attract a coveted younger demographic,” as the New York Times has it. Soon enough, he’s going to start charging for these services—and why not? Web consultants of this sort are in high demand everywhere.

Still, the Met is an oasis of egalitarianism—you’re meant to go during the day and mix with people from all over the world, all walks of life. It’s undeniably jarring (if attractively haunting) to see it empty but for a few hand-picked elites, there to reappropriate or repackage its finery for effortless, context-free digestion by teenagers. It’s lovely to think that we can beam a classic painting halfway around the world to someone who can’t visit in person, and yet the thought of slapping a 21st-century aesthetic onto millennia of carefully curated history sets off alarm bells.

By reworking these artifacts, Instagram half-undermines them, not to mention the question of their provenance. (When such images inevitably make the rounds on Tumblr, there’s rarely a photographer attribution, let alone one for the sculptor.) Meanwhile, #emptymet introduces more unseemly bragging to a town already plagued by status anxiety: “My favorite way to see the @metmuseum (before anyone else can),” reads the caption for the photo above. Maybe I’m being a killjoy, though I can’t help concluding that a museum’s PR shouldn’t stand in for the experience of being there yourself. Get off the computer and go see some art—IRL.