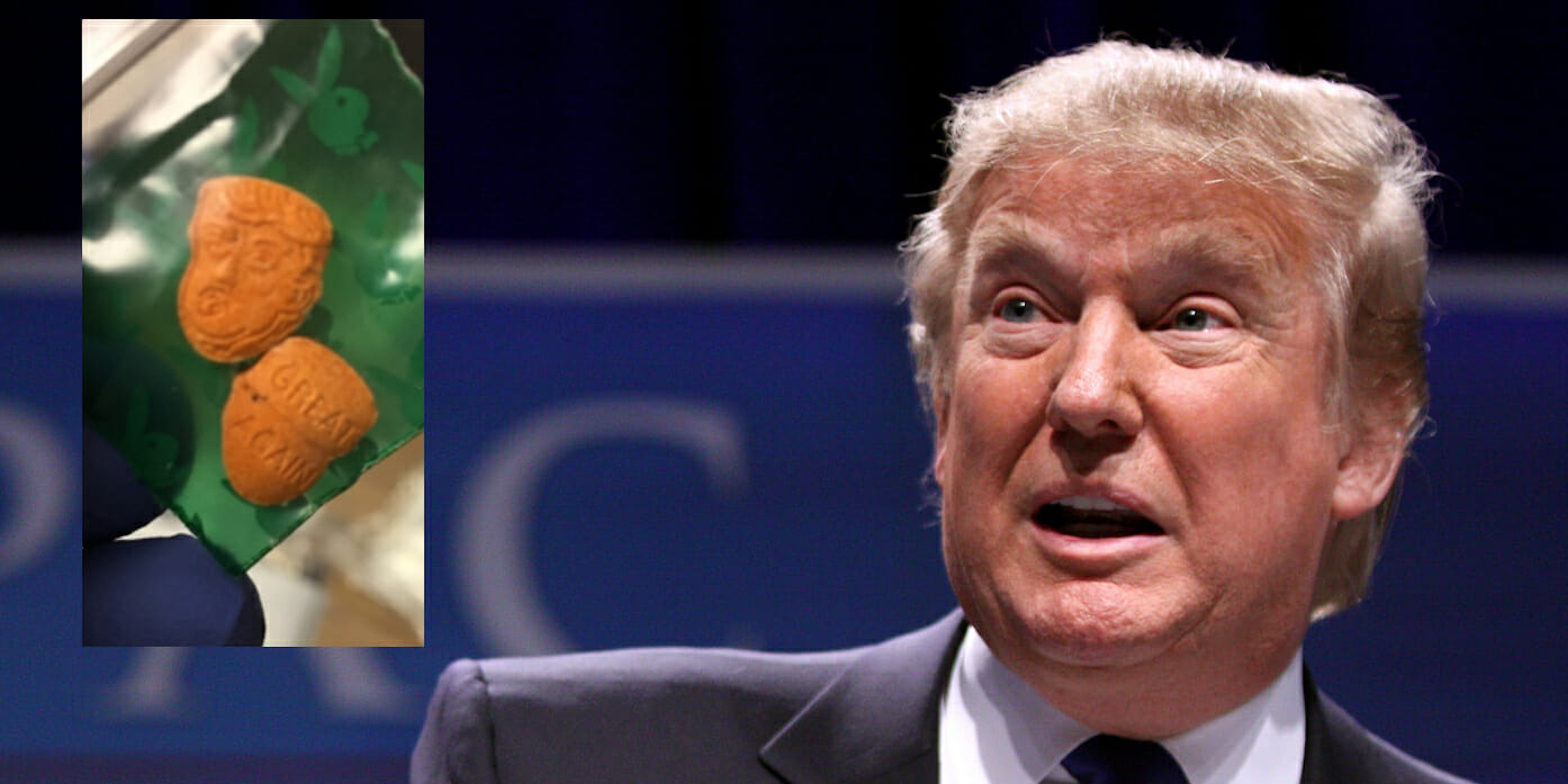 They resemblance is admittedly pretty close.

The Indiana State Police said in a statement that the Trump-shaped pills, which are orange with the words “Great Again” written on the back, were confiscated during traffic stops that were made from June 19 to June 21 and June 26 to June 28.

The pills, with Trump’s likeness on them, were among numerous drugs swept up during the patrols, dubbed “Operation Blue Anvil.” The operation netted 272 drug-related charges, according to authorities.

The orange ecstasy polls are similar to ones found by police in Germany last year.

An Austrian father and son duo were arrested for possessing 5,000 ecstasy pills that were shaped like the president. The ones in Germany had a similar front–a face that looked like the 45th president—however, they differed from the Indiana ones: they had “Trump” written on the back.

While the president is known to like things that have his name plastered on them, he might not be a fan of the drugs themselves.

Earlier this year Trump discussed the death penalty when talking about drug dealers, saying “I don’t think we should play games.”