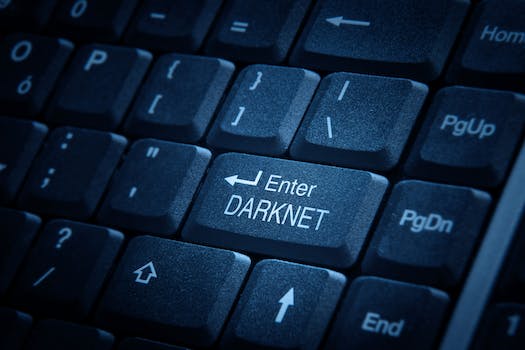 It was a first for the DOJ.

In what the Justice Department is calling the “first nationwide undercover operation targeting dark net vendors,” 35 people have been arrested by U.S. law enforcement on suspicion of selling “illicit goods.”

The dark net is an encrypted layer of the internet only accessible through specialized software, such as the Tor browser. While not all activity on the dark net is expressly illegal, its anonymous nature has drawn buyers and sellers of illegal goods. The first modern online black market commonly referred to as the “Silk Road,” provided users a place to sell and purchase drugs and other items. Its creator is currently serving a life sentence in prison.

The sting operation also resulted in the seizure of millions of dollars worth of illegal goods, including narcotics, more than 100 firearms, $3.6 million in cash and gold bars, approximately $20 million worth of Bitcoin, 15 pill presses (used to create illegal synthetics), and Bitcoin-mining hardware, according to a statement by the Justice Department.

The operation ran for an entire year, culminating in four weeks of more than 100 enforcement actions between the Department of Justice, Homeland Security Investigations, the U.S. Secret Service, the Postal Inspection Service, and the U.S. Drug Enforcement Administration.

Special agents from the HSI’s New York division posed as money launderers on dark net marketplaces and were able to exchange U.S. currency for virtual currency. The investigation led to more than 90 active investigations of more than 65 targets around the country.

The operation also seized five vehicles and a grenade launcher.

“The dark net is ever-changing and increasingly more intricate, making locating and targeting those selling illicit items on this platform more complicated.  But in this case, HSI special agents were able to walk amongst those in the cyber underworld to find those vendors who sell highly addictive drugs for a profit,” said HSI Acting Executive Associate Director Benner.

Check out the Daily Dot’s complete rundown of how the dark net works and how you can browse it anonymously. Just stay out of trouble.