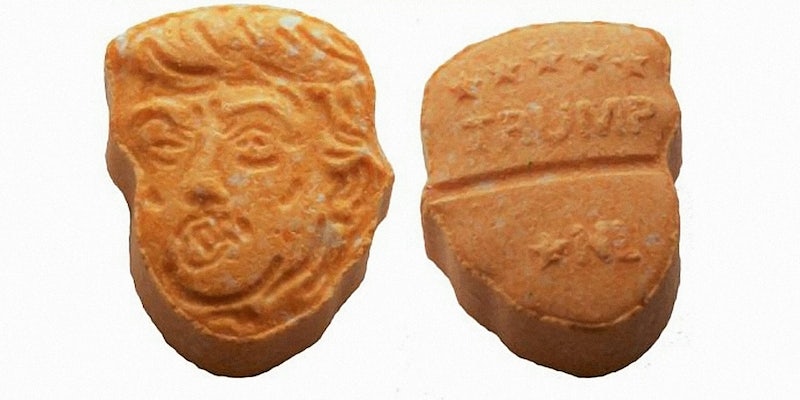 Police in Germany this week arrested two Austrian men—a father and son duo—who were in possession of 5,000 orange ecstasy pills made in the mold of America’s 45th president. The arrest came after a traffic stop in Osnabrück, in the northwestern part of the country.

The pills reportedly have Trump’s name stamped on the back and retail for approximately $46,000 for the whole lot. According to police, the pills are available for purchase on the dark web, with the slogan, “Trump makes partying great again.”