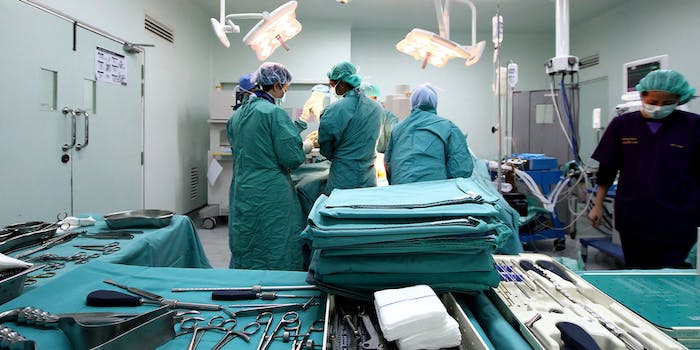 A teen got a new heart thanks to WhatsApp.

Social apps can be great ways to waste time, but it’s easy to forget that they are also extremely powerful communication tools. A great example that recently came out of India, where a teenager received a heart that saved her life thanks, in part, to a WhatsApp group.

Sixteen-year-old Sweden D’Souza needed a new heart after chemotherapy she received for bone cancer in 2010 damaged her heart. In Mumbai, she patiently waited for a donation. The 20-year-old woman who saved D’Souza’s life died shortly after the new year after suffering brain damage from a seizure almost 350 miles away in Indore. The harrowing story between death and life, and the longest cross-country trip a heart has taken in India, was told by the Intersection podcast.

Agarwal told the Intersection that finding a heart for a child is especially tough, and often children die while on the waiting list for a donor. “It’s difficult for a youngster to die and parents have to come to terms [with it].”

In India, there is no formal, government-backed network for organ donation yet, so doctors work together, along with police, airport authorities, hospital administrators, and others involved in the transportation and transplant process, to ensure that the donated organs can be delivered on time to people who need them.

A heart, for example, only has four hours between bodies before it’s no longer viable for transplant. It took almost two hours for D’Souza to receive hers.

Because of the lack of a comprehensive system and structure, volunteers use WhatsApp and email to facilitate communication. Once doctors hear about an organ fit for their patient, phone calls commence and it’s a race against time to work with authorities to set up a quick and successful delivery; that includes directing vehicle traffic so ambulances have limited obstacles between the airports and hospitals.

Sheryl Sandberg, COO of Facebook, briefly recounted D’Souza’s story when she announced that WhatsApp, the messaging app Facebook acquired in 2014, has reached one billion users.

D’Souza’s transplant was successful, and she’s reportedly going back to school soon. Meanwhile, doctors will continue monitoring the WhatsApp group for other individuals who can save the life of their patients after losing their own.