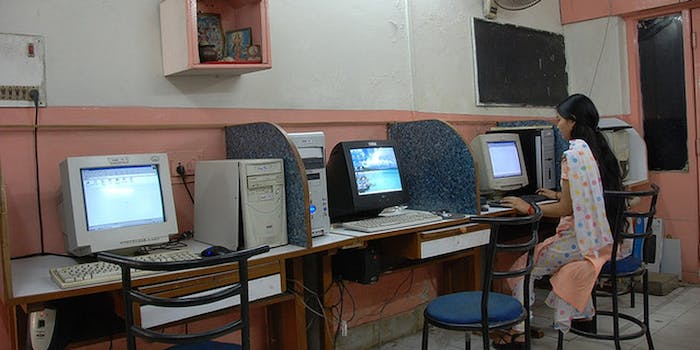 India wants to rename the Internet the ‘Equinet’

But the rebranding effort has worrying overtones.

This week, São Paulo, Brazil, will host NETmundial, or the Global Multistakeholder Meeting on the Future of Governance. The event will gather “representatives of civil society, private sector, academia,” and the “technical community” for discussions that are expected to touch on how international surveillance is facilitated by the Internet—and whether, 25 years after it became part of our world, we should be calling it the “Internet” at all.

In “a major diplomatic initiative,” the Hindu reported, India is slated to propose that we ditch the Internet in favor of the “Equinet,” a replacement term that reflects the country’s interest in allowing all nations “equal say” in its operations and wider access to its core resources. Of course, you can’t just hand down a new name for the Web any more than you can get people to start calling it the “Information Superhighway” again. The proposal is merely indicative of a frustration over a perceived U.S. hegemony in cyberspace.

India is hardly alone on that score; Brazil has been testy about the NSA spying abroad, even partnering with the European Union to lay an undersea cable meant to “guarantee the neutrality” of the Internet by shielding traffic from outside observers. Techdirt noted, however, that these efforts to secure online state sovereignty are often tied to brutal censorship—to make its point, India is “likely to side with” Russia, China, and Iran, countries with a keen interest in strictly filtering what their citizens see on their computers.

That is to say, U.S. control of the Web—or, more accurately, other nations’ reliance on U.S. infrastructure to transmit data—may be worth challenging, but token gestures won’t get the job done, and they can mask a darker agenda. And while NETmundial’s list of guiding principles suggests that the rights people have offline “must also be protected online, in accordance with international human rights legal obligations,” those standards don’t mean a whole lot when your homeland government is committed to doing things their own way.