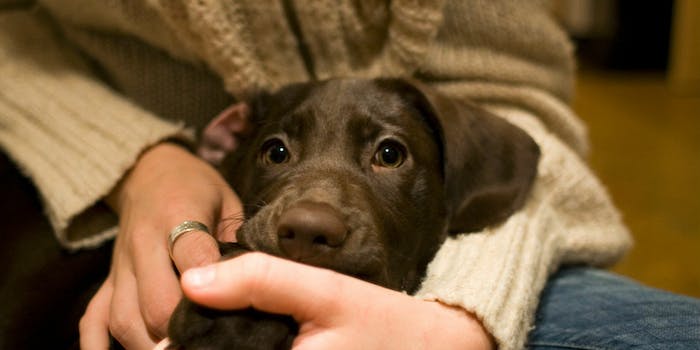 Trials on pets are expected to begin within the next year.

Advances in gene therapy are bringing us closer to immortality, and now one of the world’s most influential scientists is on the job.

Renowned geneticist George Church, who pioneered the use of CRISPR to edit the genes of human cells, wants to reverse aging in dogs and could one day do the same for humans. The Harvard Medical School and MIT professor co-founded startup Rejuvenate Bio with the goal of increasing the lifespan of humans and animals, starting with man’s best friend.

According to a report by MIT Technology Review, the company already carried out tests on beagles and claims it can make animals “younger” by adding new DNA instructions to their genes. Its methods were influenced by studies on worms and flies. Gene therapy experiments in those organisms can increase their lifespan two-fold or even greater. In 2013, scientists at the Buck Institute on Research and Aging combined mutations in two pathways known for life expectancy and increased the lifespan of a nematode worm to the equivalent of 500 human years.

“We have already done a bunch of trials in mice and we are doing some in dogs, and then we’ll move on to humans,” Church, who famously tried to create an elephant-wooly mammoth hybrid, told the podcaster Rob Reid earlier this year.

Rejuvenate is a stealth startup—a company that purposefully stays out of the public image often to prevent rivals from stealing intellectual property. In this case, it may be to avoid public backlash for the experiments it’s conducting on pets. Because of its secretive nature, it’s unclear how many dogs have been successfully treated, if any. In a document provided to MIT Technology Review by a veterinarian, Rejuvenate said its gene therapy treatment was tested on four dogs with assistance from Tufts Veterinary School.

“However, from public documents, a patent application filed by Harvard, interviews with investors and dog breeders, and public comments made by the founders, MIT Technology Review assembled a portrait of a life-extension startup pursuing a longevity long shot through the $72-billion-a-year US pet industry,” the report says.

What is clear are the scientist’s intentions of disrupting the pet care market by introducing a reverse aging product to the booming industry. According to a report published by Grand View Research last month, the pet care industry will hit $202.6 billion by 2025 as owners look for more premium products like connected electronics.

“Dogs are a market in and of themselves,” Church said in a 2017 interview with Elysium Health. “It’s not just a big organism close to humans. It’s something people will pay for. And the FDA process is much faster for dogs than for humans—a little over a year versus nine years or so. We’ll do dog trials and that’ll be a product, and that’ll pay for scaling up in human trials.”

There is no evidence to suggest the startup’s treatment can do anything for dogs. Despite the uncertainty, Rejuvenate won a $100,000 grant from the U.S. Special Operations Command titled “Enhanced Canine Performance, Protection, and Survivability.” In other words, the military wants to create super dogs for its troops.

The next step appears to be gene therapy testing for a heart ailment in Cavalier King Charles spaniels that kills half the breed by the age of 10. As MIT Tech Review points out, a flier circulated to spaniel owners last year stating, without any evidence, the gene mutations can make pets “healthier, happier, and younger.”

There are some obvious ethical questions that need to be considered in the experiments. For example, if dogs can live longer, it could potentially lead to crowding in shelters and an increased frequency of euthanasia. Additionally, changing a gene could cause other unexpected complications that make the animals less healthy.

If the tests prove effective and safe, Church said he would sign up as one of the first human patients. He says the plan is to “have the body and mind of a 22-year-old but the experience of a 130-year-old.” Church isn’t the only one who wants to fight back against Father Time. Controversial billionaire libertarian Peter Thiel invested millions in a research group dedicated to discovering a pathway to immortality.

Church conceded last year that he doesn’t know how long it will take to see age reversal, but that the first dog trials would start “in the next year or two.” If successful, human trials would be another two years away and another eight before they’re done.