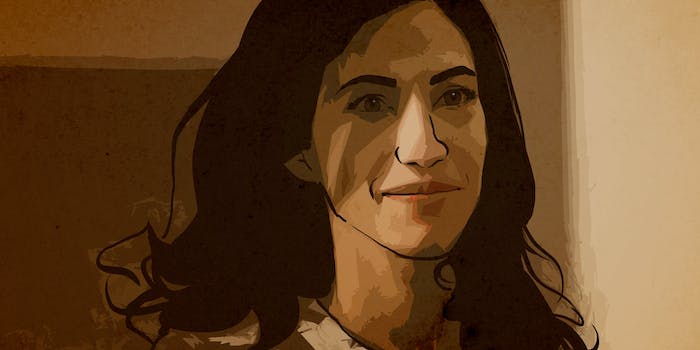 Donald Trump used Weiner's connection to the Clinton campaign to call his opponent's judgment into question.

Huma Abedin, a top aide and longtime confidant of Democratic presidential nominee Hillary Clinton, announced Monday that she plans to separate from her husband, Anthony Weiner, after he became embroiled in yet another sexting scandal.

Weiner appeared to delete his Twitter account after the New York Post revealed that the former New York congressman sent photos of himself in his underwear to an unnamed woman, identified only as a “busty” supporter of Republican nominee Donald Trump and the National Rifle Association (NRA).

Weiner resigned in shame in 2011 after reports revealed that he had sent photos of his penis to multiple women online. He also used the name Carlos Danger during some of these sexual exchanges.

“After long and painful consideration and work on my marriage, I have made the decision to separate from my husband,” Abedin said in a statement. “Anthony and I remain devoted to doing what is best for our son, who is the light of our life. During this difficult time, I ask for respect for our privacy.”

News of Weiner’s latest digital infidelity sparked instant political upheaval for Clinton, who has worked closely with Abedin for more than two decades, through her time as first lady, U.S. senator, secretary of state, and both of Clinton’s presidential campaigns.

Trump, Clinton’s rival in the 2016 general election, praised Abedin’s decision to leave Weiner while using the opportunity to call Clinton’s judgment into question.

“Huma is making a very wise decision. I know Anthony Weiner well, and she will be far better off without him,” Trump told the New York Times in a statement. “I only worry for the country in that Hillary Clinton was careless and negligent in allowing Weiner to have such close proximity to highly classified information. Who knows what he learned and who he told? It’s just another example of Hillary Clinton’s bad judgment. It is possible that our country and its security have been greatly compromised by this.”

While Abedin announced her separation from Weiner on Monday, one of her friends told CNN that the couple has been “essentially” separated for months, and that Abedin has not been wearing her wedding ring for some time.