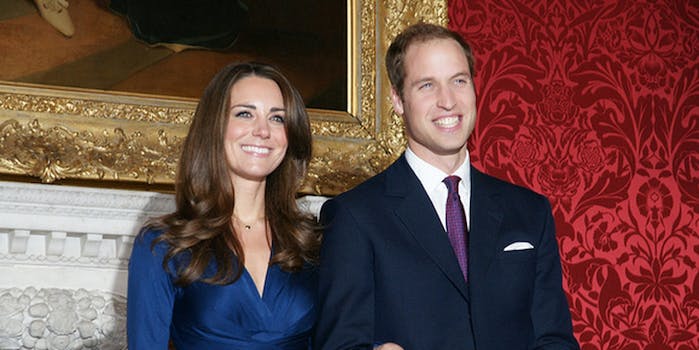 How to avoid the Royal Baby on the Internet

We show you how to put the Royal Baby on mute.

The Duchess of Cambridge is in labor and is expected to give birth any time now to the child who’ll be third in line to the British throne.

I’m all for happy parents bringing their bundle of joy into the world. Fingers crossed both mother and child will be healthy. Beyond that, I don’t care a jot about the royal baby—and I’m willing to bet many of you are tearing your hair out at the prospect of endless coverage about the sprog as well.

At the Daily Dot, we want to help you use the Internet the way you want to use it. So here’s our guide to a royal baby-free Internet.

If your Twitter feed is anything like mine, it’ll be flooded with friends and strangers babbling about the birth. Unfollow them all.

Just kidding. That’s the nuclear option, and you probably like those people otherwise.

The prime spot in your computer’s anti-royal baby utility belt should be reserved for TweetDeck. The Twitter-owned app has the option to filter out certain text, users, and sources from which you do not wish to see any updates (here’s a look at how to do that). Since this morning, my mute filters have included the following: 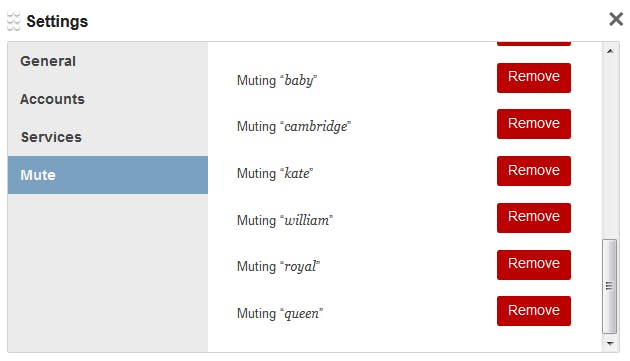 You might wish to filter out certain users as well, such as @ClarenceHouse, an official source for news from the Duke and Duchess of Cambridge’s side of the Royal Family. Other Twitter apps allow you to block specific people, words, and tags. If you’re on mobile, try Tweetbot or Echofon. On the desktop, consider browser extensions like Twivo (created by a 17-year-old female developer), Open Tweet Filter, or Larry filter for Twitter to filter the Twitter website.

These won’t stop all the royal baby tweets from flooding your timeline, but filters will certainly make your Twitter experience a lot more tolerable over the next few days.

Facebook’s a little more complicated to manage, since many of the posts you’ll see there are image-based. While there’s no real way to cut out a hundred of your friends posting a snap of the happy family without a caption, there are a few tricks you can try.

Browser extensions are your friend. Once the heir is born, Unbaby should be your go-to. It’s a Chrome extension that replaces all the baby photos in your feed with cats. It’s not just for babies, either: Unwhatever.me, from the same developers, can help you block Kate and Wills from your News Feed.

A number of other Chrome extensions let you hide posts containing certain words. Test some out, and see which works best for you.

The exceedingly British paper is all over the royal baby news, with a large swath of its homepage dedicated to the latest updates from Baby Watch 2013. But the site has carried out the most noble of public services by adding a button that hides said Kate Middleton babble.

Are you a republican or a royalist? Perhaps you’re neither, but clicking the button on the top-right corner of the grey box switches between two different versions of the site. 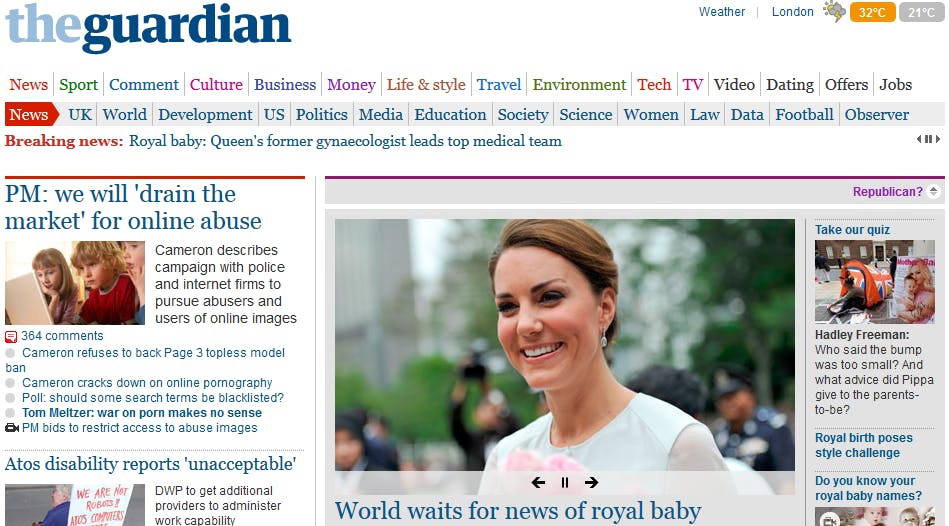 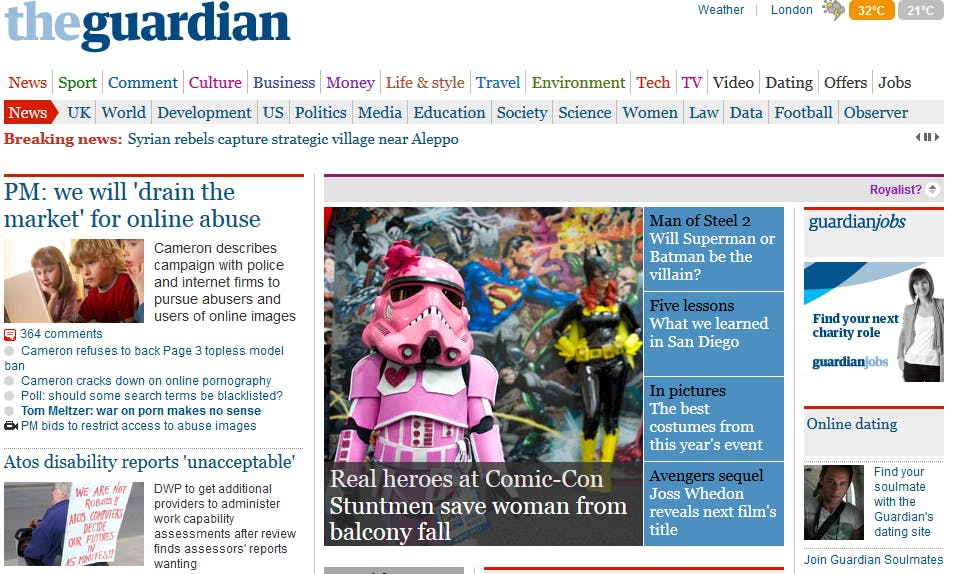 These days, I rarely Google something without using qualifiers, namely to remove items pertaining to overly saturated celebrities in Google News (hi, Justin and Kim!). Over the last couple of months, including the terms “-middleton” and “-royal” in my searches has made it a little easier to filter out non-news about the royal baby and get to things I really care about, like dumb criminals.

As with the dedicated add-ons for Twitter and Facebook, there are some that block certain words from appearing on your screen. In Firefox, you can use FoxReplace to change the word “baby” to something like “tyrannosaur” anywhere on the Web. Chrome users can opt for tools like tinyFilter and Word Filter. These should help you out on sites like Tumblr.

We can only hope this quick guide helps you keep your sanity amid the hurricane of coverage the unnamed baby is receiving. Mine’s a beer if you want to thank me later.