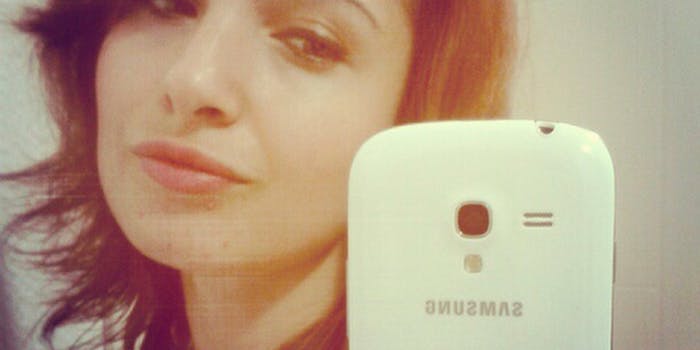 How to remove whatever you want from your Facebook timeline

Unwhatever.me takes any kind of Facebook photo you don't like—kids, weddings, whatever—and replaces it with... well, anything you want.

What on Facebook tends to really flip your lid? Is it the wedding photos, the Foodstagrams, the naked baby pictures?

Be it those or any other of their annoying and off-putting ilk, Google Chrome now has an an app for that—or rather an extension: the decidedly lackadaisical Unwhatever.me, a new tool that will replace pesky photos of whatever—weddings, vacations, smelly dogs—with, well, whatever.

That’s right: whatever. The extension’s entire purpose is to replace whatever bothers you with whatever soothes you. Babies to boobies. Cats to cash. You name it, this extension’s got it—or at least the capacity to get it. 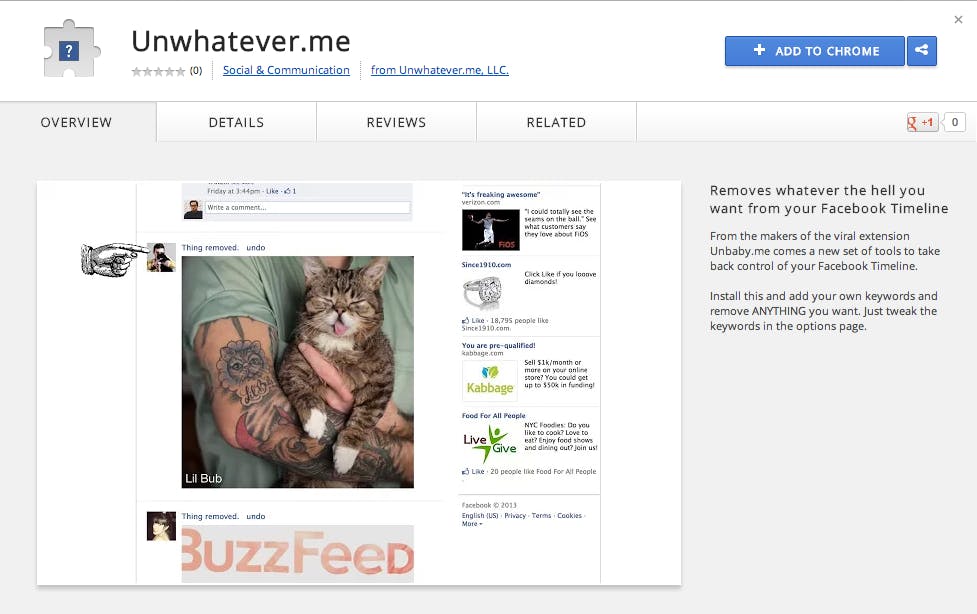 Unwhatever.me comes to the world at the hands of New York innovators Chris Baker, Peter Marquis, and Yvonne Cheng, who first showed up in the news last August when their Unbaby.me went wild around the Internet for a few weeks. More than 50,000 people downloaded the baby-erasing extension back then, Baker told the Daily Dot Monday.

“We had over 287 domestic TV mentions and did at least 40 interviews,” he said.

He added that the criteria this round was determined by taking copious notes on all the things about Facebook that pissed him off.

“The behavior of wanting to shove your pictures down people’s throats is as old as time itself–it’s just now we’re all connected and have to deal with certain things on a near constant basis,” he said. “For most people, having a kid is their greatest accomplishment in life. We get it.”

Thanks to Unwhatever.me, you don’t have to “get it” in your newsfeed anymore.

Not that it’s entirely foolproof. The extension uses replacement photos that derive from collections belonging to specific Instagram tags. That’s a practice that’s only as good as the general public’s strict adherence to the tag in question. So if a spammer is overloading the #puppydog tag with a whole bunch of #kittycats, your feed will probably stay pretty messed up.

Which means we’ll have to turn to our last resort: Uneverything.me, the soon-to-be-released extension that just tells us all to go outside.