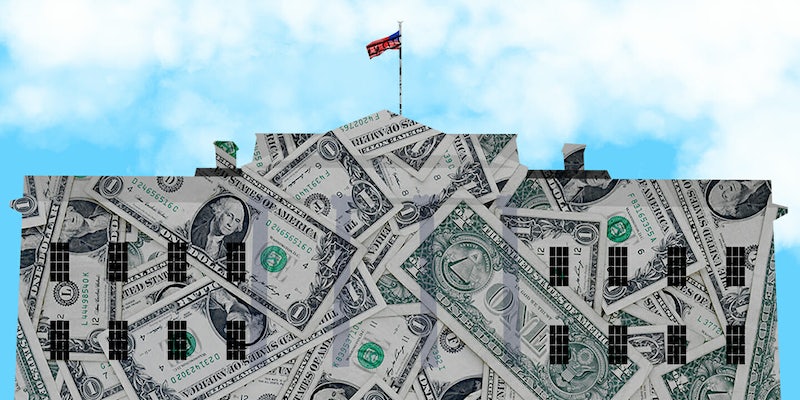 The truth about President Trump’s salary

The leader of the free world gets a hefty annual paycheck.

President Donald Trump is the third U.S. president to refuse a salary.

During the 2016 presidential election, Trump told 60 Minutes that he would not take a salary if he won the presidency, and he has effectively stood by that promise. A president legally has to have a salary, and while it’s the least of Trump’s worries, he said he would accept $1 and donate the rest to the U.S. Treasury or charity while he’s sitting in the Oval Office.

Trump has stuck to his word thus far—in May, he announced his salary for the first quarter of 2018 would be donated to the Department of Veterans Affairs for caregiver support programs. In April, he donated his first three months of salary to the National Parks Service—a check totaling $78,333.32. In Nov. 2017 Trump announced that his third-quarter salary would be donated to the Department of Health and Human Services to help fight the opioid crisis, a goal he emphasized from the start of his campaign. The act of donating a salary isn’t revolutionary, though, as former Presidents John F. Kennedy and Herbert Hoover donated theirs to charity as well.

Being a president is a full-time job, and it comes with a significant paycheck. So, how much money is Trump really turning down?

How much money does the president make?

According to Title 3 of the U.S. Code, a president’s annual salary is $400,000 a year, making them a part of the nation’s 1 percent. That might sound like a lot—and it’s certainly nothing to sneeze at—but it’s nothing compared to what an elite college football coach is making at a public university, and they’re state employees. In addition to a salary, the president also gets $100,000 for travel, a $50,000 expense account, and $19,000 for entertainment purposes.

Benefits are also included, but they aren’t limited to your traditional healthcare perks. The president travels for free, whether it’s in a limo, a Marine One helicopter, or on Air Force One. Lodging isn’t an issue either, as the president and their family can live for free in the White House, accompanied by a personal chef and other staff.

Like Trump, Kennedy, and Hoover, Washington didn’t want a paycheck either, according to Time. As the first president of the U.S. and commander-in-chief of the Continental Army, he felt like it was his duty and he was honor-bound to refuse a salary.

Congress disagreed with him though, arguing it could leave room for bribery and corruption if he were to refuse a salary. 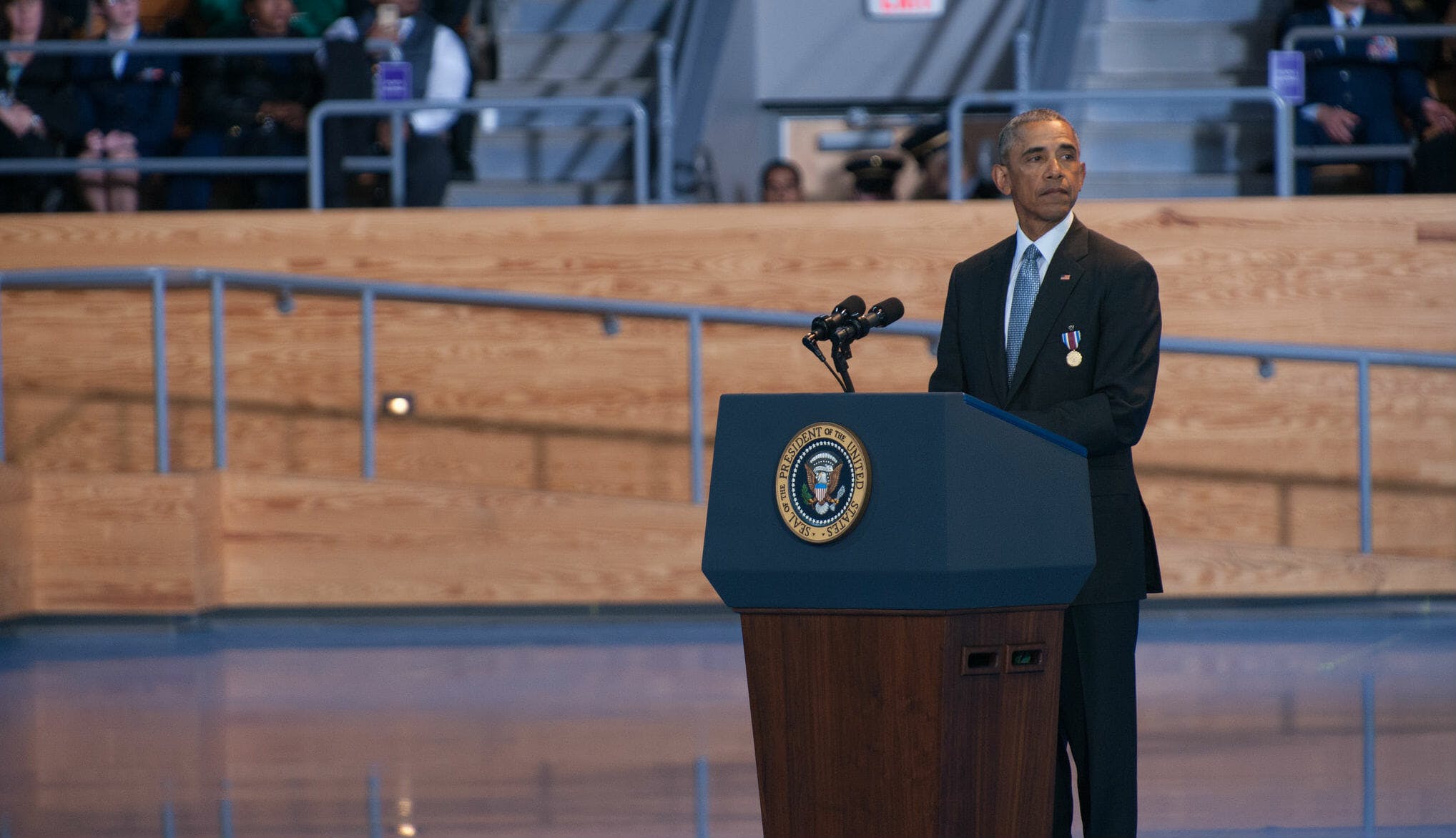 How much do presidents make after their term?

Once a president completes their term, they are still on the government’s payroll with an annual pension of nearly $200,000. The president will still receive healthcare benefits, as well as paid travel and fully furnished office space.

The real money, however, is made through book deals, tours, and speeches that produce figures in the multimillions.

Bill Clinton earned nearly $15 million for his published memoirs, Bush $7 million for the first 1.5 million copies sold of his book, and former President Barack Obama and former First Lady Michelle Obama could earn anywhere from $20 million to $45 million in book deals and tours, according to the New York Times.

If a president resigns, they’re still able to receive a pension and benefits, but the perks are taken away if they are removed from office by impeachment.

What happens to the money if a president dies?

When a president is survived by their spouse, the widow receives an annual pension of $20,000, as well as free postage for the rest of their life. The former president’s spouse will have to waive their rights to any other income from another piece of legislation or person to receive support from the government.

Former First Ladies Nancy Reagan and Betty Ford both declined this pension because they did not waive the ability to receive payments other statutes, according to a Congressional Research Service report.