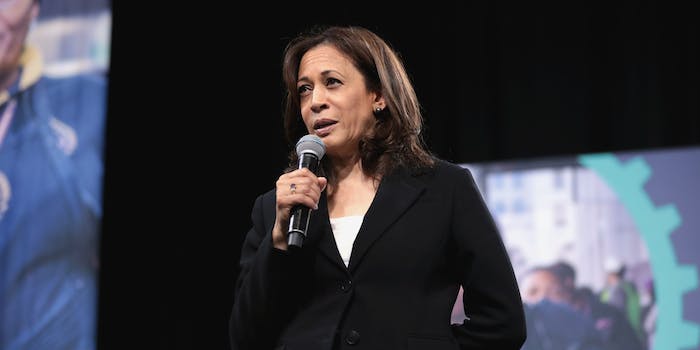 Tucker Carlson doesn’t know know how to pronounce Kamala Harris’ name. Do you?

A guest had to correct the Fox News host.

The internet is attempting to correct the record on the pronunciation of “Kamala” Harris after the politician was announced as Joe Biden’s running mate on Tuesday.

As news of her appointment made the rounds, Twitter users began noticing numerous mispronunciations across network television.

The issue is undoubtedly a common one as Harris even went as far as to explain how to say her first name in her memoir.

Harris notes that her name is pronounced “comma-la, like the punctuation mark.”

Countless Twitter users were also hell bent on informing the public that her name was pronounced “comma-la” as well.

Users also began pointing to common but incorrect pronunciations such as “cam-uh-luh” as well.

Harris even produced a video with the sole task of informing people how to properly say her name back in 2016.

“People pronounce my name many different ways,” she tweeted at the time. “Let #KidsForKamala show you how it’s done.”

The pronunciation fiasco reached a fever pitch after Fox News host Tucker Carlson blew up at a guest on his program after being corrected on the name.

With Harris now the running mate of Biden, the presumptive Democratic presidential nominee, it’s likely the country will see many mispronunciations and corrections in the coming weeks.