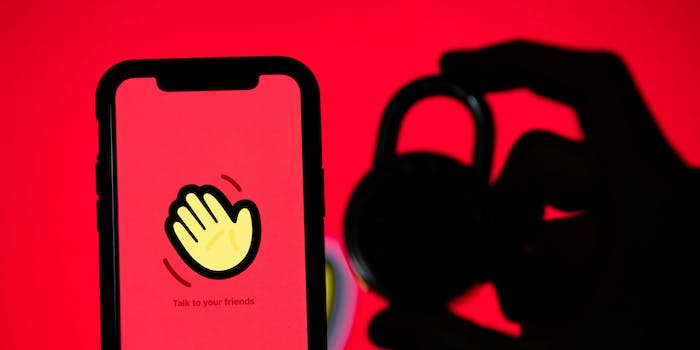 The app has said there isn't evidence it is linked to people's other accounts that were hacked.

Houseparty, the popular video-calling app, is offering $1 million to someone who can provide evidence that recent rumors about it being hacked were part of a “commercial smear campaign.”

On Monday, people online began claiming that they had various accounts hacked after they installed Houseparty on their phones. The app has gained popularity in recent weeks, as more people are self-quarantining to help slow the spread of the coronavirus.

Amid this, the video-calling app, which is owned by Epic Games, denied the connections between it and hacked accounts.

“All Houseparty accounts are safe – the service is secure, has never been compromised, and doesn’t collect passwords for other sites,” the company tweeted on Monday.

Now, Houseparty seems to think the rumors were something more nefarious—and is offering a $1 million reward for anyone who can provide evidence that the claims were part of a “paid commercial smear campaign to harm Houseparty.”

“We are investigating indications that the recent hacking rumors were spread by a paid commercial smear campaign to harm Houseparty,” the app wrote on Twitter late Monday. “We are offering a $1,000,000 bounty for the first individual to provide proof of such a campaign to [email protected]”

CNBC notes that Houseparty does request permission to access a user’s camera, microphone, and location data on phones and also connects to their contacts on Facebook. But Lukas Stefanko, a cybersecurity researcher, told the news outlet that there was “no evidence” that the app was “connected to all these different hacked accounts.”