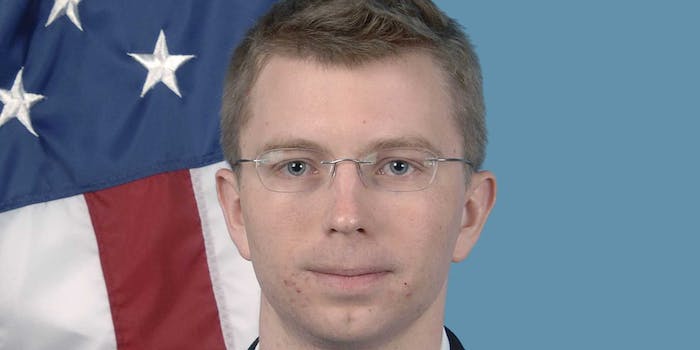 It's no suprise they were pleased with Manning's conviction, but why'd they celebrate a day early?

It’s not surprising that the House Intelligence Committee, that part of Congress that works closely with U.S. intelligence officials, wanted Army whistleblower Bradley Manning to be convicted.

But did they really need to celebrate it a week early?

On July 30th, a court found Manning guilty of a host of charges related passing 700,000 documents to WikiLeaks. That means a sentence of up to 136 years in prison, though he avoided the more serious charges of aiding the enemy and treason, which carried the threat of execution.

The House Intelligence Committee released a statement on its website that day: You’ll notice that the date on that release is six days before Manning was convicted. The release doesn’t mention specific charges. It’s attributed to congressmen Mike Rogers (R-Mich.) and Dutch Ruppersberger (D-Md.), the two authors of the Cyber Intelligence Sharing and Protection Act (CISPA).

A few hours after the above screengrab, someone at the HIC site changed the date on the release to July 30, perhaps in response to tweets like this one: