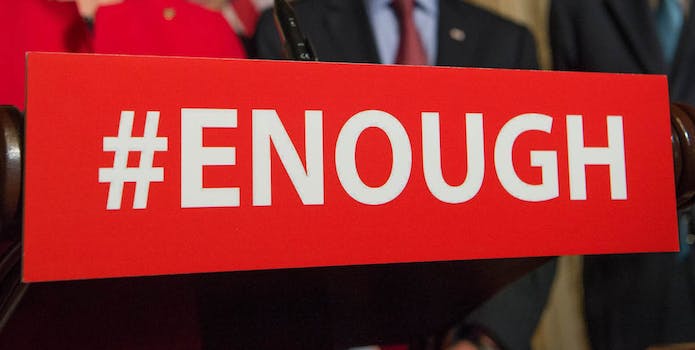 The House sit-in has officially passed the 24 hour mark.

Hoping to force a vote on gun control, Democrats continued their protest in the House of Representatives on Thursday even after Republicans packed up for an Independence Day break.

The sit-in lasted approximately 26 hours before lawmakers ended their protest.

Following a number of procedural votes, the House was formally adjourned shortly after 3am on Thursday morning. The Democrats, who began a sit-in before noon on Wednesday in pursuit of universal background checks and blocking gun sales to individuals on no-fly lists, chanted “shame, shame,” at Speaker Paul Ryan (R-Wis.) as he departed the chamber.

The protest, led by Rep. John Lewis (D-Ga.), was carried live by C-SPAN through a combination of Facebook Live and Periscope feeds after the cameras were shut off in the Republican-controlled House.

While Ryan called on his Democratic colleagues to respect the “dignity and decorum” of the chamber, participating lawmakers chanted over him in the small hours of the morning, singing a rendition of “We Shall Overcome,” that included the line “We shall pass a bill, someday.” On Ryan’s way out the door, Minority Leader Nancy Pelosi (D-Calif.) chided the speaker for slipping away “in the dark of night.”

The Democrats framed the protest as an emergency call for gun-control reforms in the wake of the June 12 mass shooting at a gay nightclub in Orlando, Florida, one of the deadliest acts of terror on U.S. soil in modern history. Forty-nine people were killed and dozens wounded after a gunman, who pledged allegiance to the Islamic State during conversations with police, opened fire and took hostages.

The Democrats’ sit-in aims to force congressional action on a number of gun-control measures, including a controversial provision that would ban individuals who appear on terrorism watchlists, such as the no-fly list that forbids airplane travel, from purchasing firearms.

Orlando shooter Omar Mateen appeared on a terrorism watchlist prior to carrying out the attack.

Critics of “no fly, no buy” legislation—which includes those who generally support stricter gun control—argue that appearing on a government watchlist is a weak reason to limit a person’s Second Amendment rights.

The American Civil Liberties Union, which has been embroiled in a lawsuit against the federal government over the no-fly list for more than five years, has expressed concerns about relying on what it calls an “error-prone and unfair watchlist” to regulate firearm purchases.

“There is no constitutional bar to reasonable regulation of guns, and the No Fly List could serve as one tool for it, but only with major reform,” Hina Shamsi, director of the ACLU National Security Project, wrote in December. The ACLU represents 13 individuals who have been placed on the list, including four U.S. veterans, some of whom became stranded abroad.

In defense of the no-fly list, the U.S. government previously claimed that Americans have no constitutionally protected right to fly, an argument tossed out by a court in August 2013. Roughly a year later, a U.S. court sided with the ACLU when it argued against what the group characterized as deeply flawed redress procedures for individuals placed on the no-fly list.

Previously, the government had a policy of neither confirming nor denying whether a person was on the list, which made it nearly impossible for an innocent person to have their name removed. “No fly, no buy” legislation by Sen. Dianne Feinstein (D-Calif.), which was defeated in the Senate on Monday, included provisions that would have allowed people to attempt to purchase a gun if they believe they are wrongly denied one, although critics saw this as an inadequate protection.

Democrats have also discussed implementing a new assault rifle ban, which a survey conducted days after the Orlando massacre says 57 percent of Americans support, including 45 percent of Republicans. Hillary Clinton, the presumptive Democratic nominee, has proposed reinstating the Federal Assault Weapons Ban that expired in September 2004.

The weapon used in the Orlando attack by was Sig Sauer MCX rifle that fired .223 caliber rounds. The killer reportedly passed a background check despite having been investigated twice by the FBI—once because he told co-workers he had ties to Al Qaeda, and a second time because of his connection to a Florida man who flew to Syria and carried out a suicide attack.

Republican lawmakers, including Ryan, have cast the House sit-in as a publicity stunt, though those remarks drew strong rebuke by Democrats who recalled Sen. Ted Cruz (R-Texas) reading a copy of Dr. Seuss’s Green Eggs and Ham during a filibuster over the Affordable Care Act.

In one of the more heated moments late Wednesday, Rep. Louie Gohmert (R-Texas) shouted “radical Islam killed these people and you know it!” at one of the protesters, Rep. Corrine Brown of Orlando.

Update 12:14pm CT, June 23: House Democrats have ended their sit-in after holding the floor for 26 hours.

The sit-in lasted 26 hours. Members now heading outside to talk to supporters. Still no plans for the gun votes they want. #OccupyCongress

Clarification: An amendment by Sen. Dianne Feinstein would allow anyone denied the ability to purchase a firearm to appeal, but they would not be able to petition to have their names removed from a terrorism watchlist.