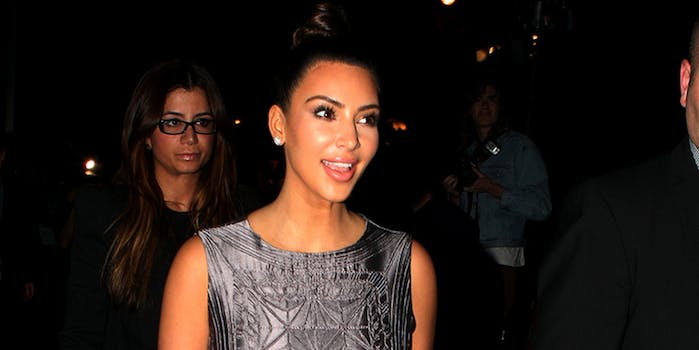 As Jeb Bush, Donald Trump, and the rest of the 2016 Republican field discussed God and immigration Thursday, Democratic frontrunner Hillary Clinton took in the telecast with a pair of famous friends.

More than 2,300 miles removed from the madness of the first GOP debates of the campaign season in Cleveland, Ohio, Clinton reportedly chilled at a fundraiser alongside iconoclasts Kim Kardashian and Kanye West.

No word yet on whether or not they were listening to Rae Sremmurd’s “Up Like Trump.”

Excited to be meeting our next President tonight!! Maybe she'll take a selfie with me! pic.twitter.com/y0fZtvlmQK

Immediately after, the Clinton’s Twitter handle was quick to comment, though not about the whereabouts of the former secretary of state:

Watch the #GOPdebate? Bet you feel like donating to a Democrat right about now. http://t.co/pGlQCqQgOP pic.twitter.com/QP1e0yObMf

Per Variety, the sold-out fundraiser was held at the $13-million home of Justin Bieber manager Scooter Braun. An in to the event would have cost voters $2,700, according to the Hill.

Big night for a real leader