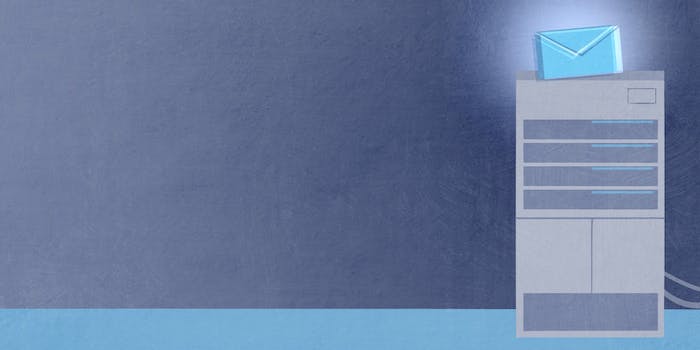 Half of America thinks Hillary Clinton’s email setup was illegal

Clinton is struggling with the perception that she is not trustworthy.

Nearly half of Americans consider former Secretary of State Hillary Clinton‘s use of a private email account and server to be a “major problem,” according to a new Morning Consult poll.

The State Department investigation found that Clinton violated internal “policies,” but it did not declare that Clinton’s use of private email broke any laws. “Secretary Clinton should have surrendered all emails dealing with department business before leaving government service and, because she did not do so, she did not comply with the department’s policies that were implemented in accordance with the Federal Records Act,” the report said.

The Federal Bureau of Investigation is currently conducting an inquiry into whether Clinton or her staff violated federal law by mishandling classified material.

Clinton’s private email account has marred her presidential campaign ever since the New York Times first revealed its existence on March 2, 2015. The State Department inspector general’s May 25 report has given opponents of the presumptive Democratic nominee fresh ammunition.

Clinton maintains that she did not break the law and was simply following the precedent set by previous secretaries of state. She falsely told ABC News on May 26 that her email setup “was allowed.”

The Clinton campaign did not respond to a request for comment on the poll’s results.

The email scandal has besieged Clinton from every conceivable angle. Transparency advocates have criticized her for trying to evade open-records laws with an off-the-books setup. Historians and archivists have lambasted her for circumventing federal rules meant to ensure the preservation of key government records. Technologists have slammed her setup as insecure and warned that her poor cybersecurity hygiene may have exposed government secrets to rogue hackers or foreign nations.

Respondents to the Morning Consult survey generally seemed to agree with these criticisms: six in 10 respondents (58 percent) said the email setup was unethical.

The Morning Consult poll also revealed how widely covered the Clinton email saga has been. Asked how much they had “seen, read, or heard” about the story, 56 percent said “a lot,” 29 percent said “some,” and only 15 percent said either “not much” or “nothing at all.”

Even the inspector general’s report, typically the sort of obscure government audit that gets buried by flashier headlines, has broken through to a mainstream audience. A combined 74 percent said they had heard either a lot or some information about it.

The poll also found that 64 percent of Americans have heard about the calls for Clinton to release the transcripts of her high-dollar Wall Street speeches, and the same percentage of people say she should release them.