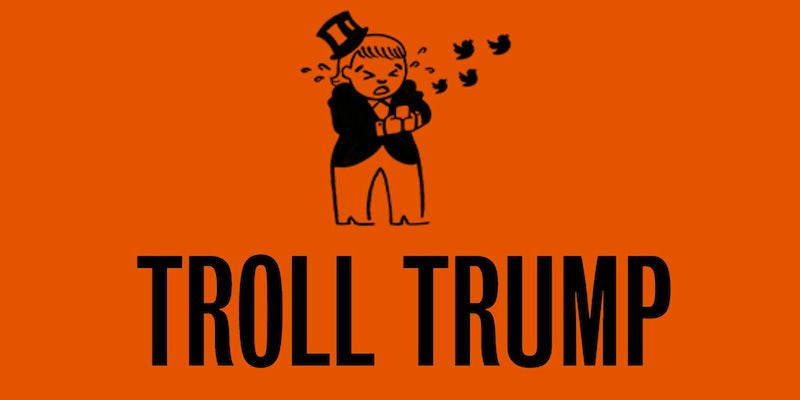 In an election year dominated by the internet, this may be one of the best trolls to date.

Hillary Clinton‘s campaign launched a new tool this week that allows it to rake in cash every time Donald Trump tweets.

Troll Trump—that’s the actual name of the tool—lets supporters of the Democratic nominee donate anywhere from $0.25 and up to the Clinton campaign each time Trump fires off one of his notorious tweets. And in case you’re worried about the Republican nominee going off on a tweetstorm, you can set the daily donation limit to as little as $3. 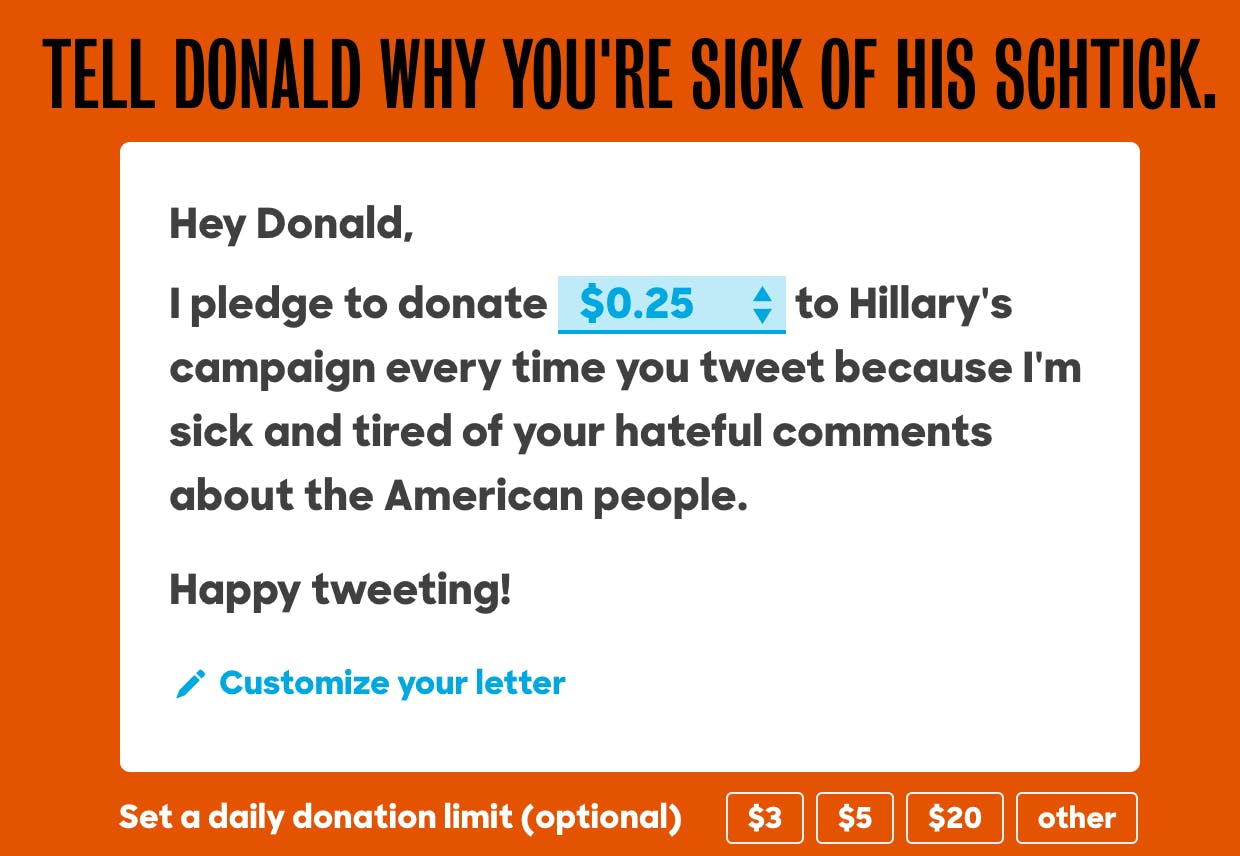 The idea for the Troll Trump tool originated with writer and former BuzzFeed editor Matt Bellassai, who tweeted a joke that Clinton’s digital strategist credited as being the inspiration.

i joked about donating to Hillary every time Trunp tweets & THEY ACTUALLY BUILT A TOOL TO DO IT IM LAUGHING SO HARD https://t.co/2wse40ZIjr pic.twitter.com/GARvkJfSCD

It’s not clear how many Clinton supporters have linked their bank account to Trump’s Twitter predilections, but the candidate keeps tweeting, and that’s surely OK by Clinton.