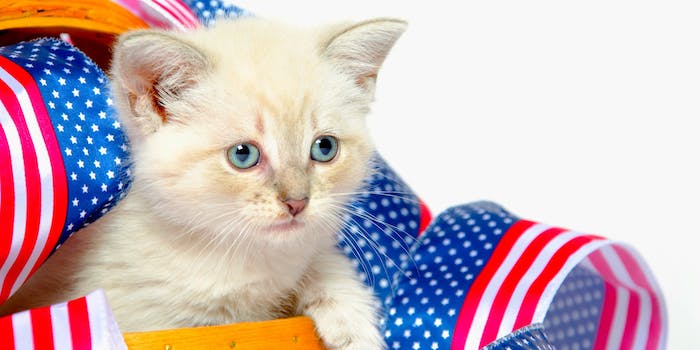 There are 24 days until Election Day. For many Americans, that may be 24 too many.

Even Democratic presidential nominee Hillary Clinton is feeling the need to check out, particularly in light of seemingly never-ending revelations about Republican Donald Trump‘s alleged history of sexual assault.

She pronounced it GIFs, not JIFs, in case you were wondering.

That’s not just Clinton’s opinion. A survey released on Thursday by the American Psychological Association found that 52 percent of Americans say the 2016 election is a source of stress.

To deal with the stress of the election, you have a few options. The first is to turn off 24-hour news, stop looking at social media, and ignore the news for the next few weeks. Or you could look at a bunch of cute cat GIFs, which we’ve rounded up below.

So, take a deep breath, America. The long national nightmare of the 2016 election will be over before you can say litter box.