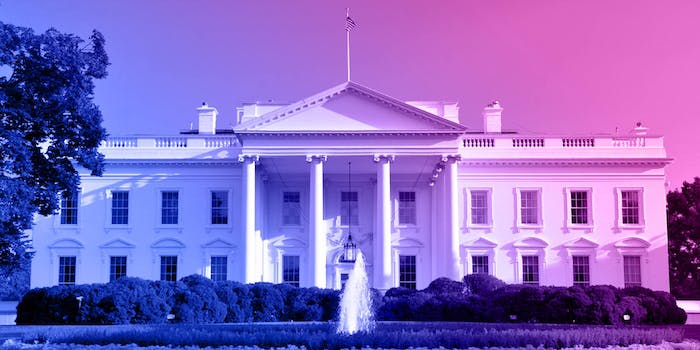 The final HHS ruling protects all who receive medical care from discrimination.

President Barack Obama is wasting no time when it comes to pushing through last-minute protections for transgender Americans before his tenure ends in November.

On Friday, the Department of Health and Human Services (HHS) announced a final rule on equality and discrimination in healthcare.

“Today’s announcement is a key step toward realizing equity within our health care system,” HHS Secretary Sylvia M. Burwell said in a statement, “and reaffirms this administration’s commitment to giving every American access to the health care they deserve.”

The ruling was pushed through on the same morning that the Obama administration sent a ‘Dear Colleague’ letter to school districts advising them on their obligations regarding transgender students. In the letter, sent by the civil rights offices of the Department of Justice and the Department of Education, the message is clear: comply with Title IX requirements that mandate fair and equal treatment for transgender students or risk losing federal funding.

“The Departments treat a student’s gender identity as a student’s sex for the purposes of Title IX and its implementing regulations. This means that a school must not treat a transgender student differently than it treats students of the same gender identity.”

The school policy, which applies to facilities like restrooms and locker rooms, comes at the end of a tumultuous week that began with a federal showdown with the state of North Carolina.

“At a time when too many schools and states are targeting transgender youth for harassment and discrimination, we are grateful to the federal government for issuing this clear guidance on schools’ responsibilities to treat all students fairly,” Kris Hayashi, executive director of the Transgender Law Center, said in a statement. “Transgender students, like all students, just want to be able to go to school, be with their friends, and get an education without having to worry about being singled out and made to feel different. It is time for all schools to follow the law and do what’s best for all of their students.”

On Monday, Attorney General Loretta Lynch filed a lawsuit against North Carolina after Gov. Pat McCrory refused to back down from his controversial anti-LGBT law H.B. 2 and sued the DOJ. The day of dueling lawsuits expanded into rapid action on the part of federal agencies to clarify the legal obligations of state agencies that receive federal funding for both education and health care.

The HHS ruling makes clear that both gender and gender identity are protected classes in healthcare—ensuring that women receive equal care and coverage as well as transgender people. For instance, it prohibits providers and insurance companies from charging women or trans patients more, or from denying service to patients based on trans status or pregnancy.

The ruling does not, however, resolve whether sexual orientation can be defined under ‘sex’ the way that gender identity is. According to an HHS statement on Friday, “OCR will evaluate complaints that allege sex discrimination related to an individual’s sexual orientation to determine if they involve the sorts of stereotyping that can be addressed under [the law].”

Transgender-rights advocates have praised the Obama administration’s decisions has “historic” actions toward equality.

“Today is a historic day for the trans community and represents a tremendous step forward to making America a more fair, just and safe place for trans people of all ages,” Alison Gill, a founding member of the Trans United Fund, said in a statement. Gill added, “The guidance issued today by the Departments of Education and Justice under Title IX combined with the regulations issued by the Department of Health and Human Services, will help ensure basic protections for trans people in education, healthcare coverage and gaining access to medically necessary services.

“From schools to hospitals, the trans community now knows that their Federal government is there to protect and support them.”